There are a lot of things in life that I don't like and I could easily fill volumes of books with my complaining about things in general and with alarming specificity. I really could, as evidenced by the fact that this website has completely grown from my ability to complain about things and tell the world what I like and, more often what I don't like.

When it comes to pocket knives, I have very specific tastes, and, if I am free to toot my own horn for a moment, I have handled and used a great many knives in my time. With all of those (literally thousands) of knives in hand, I have determined that I do not care for the following:

Given that I have said all of the above, this next part may surprise you- if I had to choose one dedicated folding knife for the rest of my life, it would encompass not one, not two, not even three, but all of the above items that I specifically hate about folding knives, and I wouldn't even hesitate for a moment when making that choice. 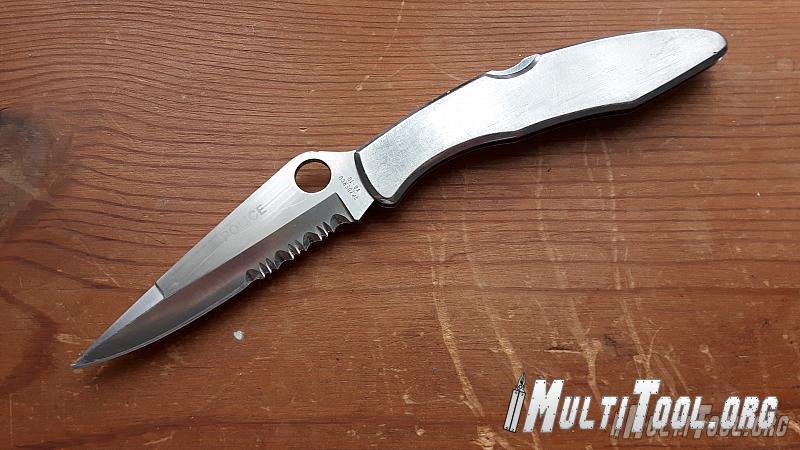 Ladies and Gentlemen, I give you the One Folder To Rule Them All, also known as the Spyderco Police Model.

This is a knife that I lusted after for years, and never got around to purchasing because there was always something else I would rather have spent over $100 on, usually silly things like gasoline, groceries or rent.... then a few years ago I got it into my head that I'd waited long enough and I absolutely need to have one, so I contacted a few dealer friends to see what kind of special pricing I could get since I'm a hgh muckity muck website owner and all round fantastic person, but even the wholesale prices were more than I wanted to spend. 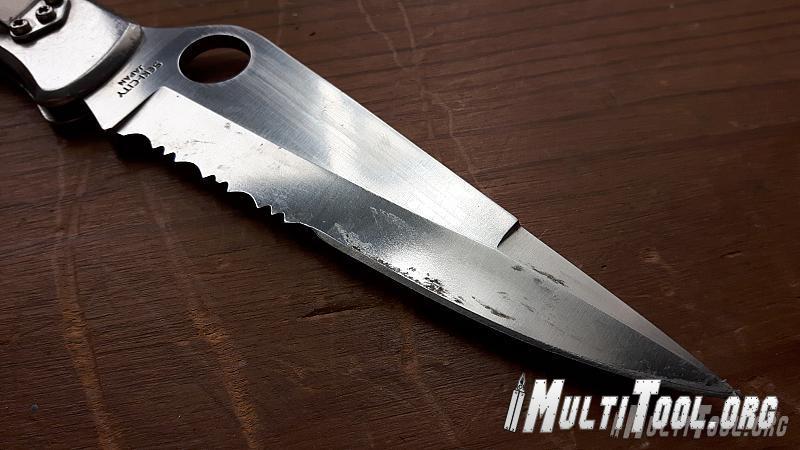 I ended up with this particular one, which was purchased second hand on eBay, and had it's share of abuse. The very tip of it was broken off, but thankfully it was a small bit that doesn't really affect the knife overall. It was also scratched to Hades and back when it arrived, and quite frankly, I was quite upset with myself for my idiocy in getting it.

You see, I got caught up in bidding war on eBay and ended up spending about $5 less in it than I could have gotten a brand spanky new one for. And, it was dirty, scratched up, and some jackass had decided to add some jimping on the back, but apparently was drunk when he tried because it is quite crooked. 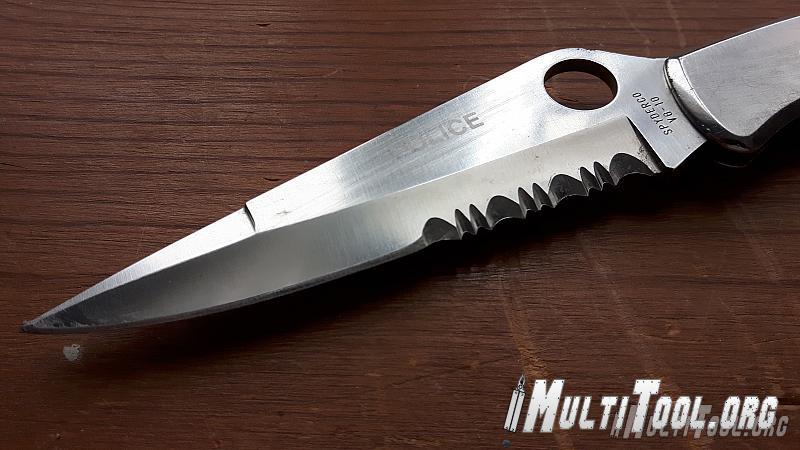 Further, someone had used some kind of abrasive to either clean it or to try and remove the laser etched POLICE marking on it.

But, I spent money on this thing, and I was going to get that money back out of it- after all, I had lusted for my very own Police Model for so long that I was going to force myself to like it, or else.

I started by cleaning it out, wiping all of the parts, lubricating it and using a Q-Tip to clean the gunk out of the inside of the handles. Then I carefully sharpened both parts of the edge, making sure the points of the SpyderEdge were perfectly pointy. When I was done, you could perform surgery with it, although the scratches still remain on it to this day.

While working with it I totally rediscovered why I loved this knife so much- the design is absolutely flawless. It is so elegant to hold and use, it opens and closes the way I wish every knife would- like the world's finest satins were used in the pivots. It is, in my opinion, on par with the katana blades from the twelfth to fourteenth century Japan. It is a work of art, a piece of metal that is so exquisite that you can easily imagine generations of ancestors being content to live within it. 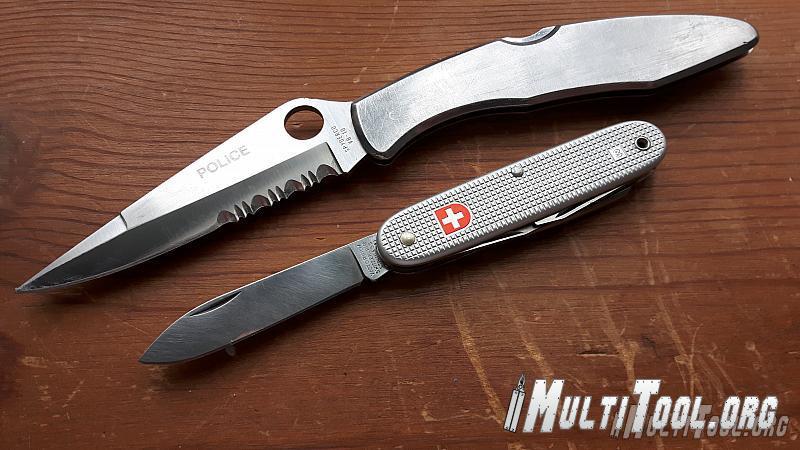 That having been said, the Police Model is no shelf queen or fancy knife- it is perfect for picking dog crap out of the treads in your boots. It is perfect for cutting duct tape for a leaky grey or blackwater tank. It is perfect for slitting the throats of your enemies so they will be a bit more amenable to letting you drink from their skulls. It will open boxes and envelopes, and it will easily cut clothing from an accident victim- there is literally no knife task that I can think of that I wouldn't consider using the Police Model on, and that is not something I can say about any other knife in my collection. 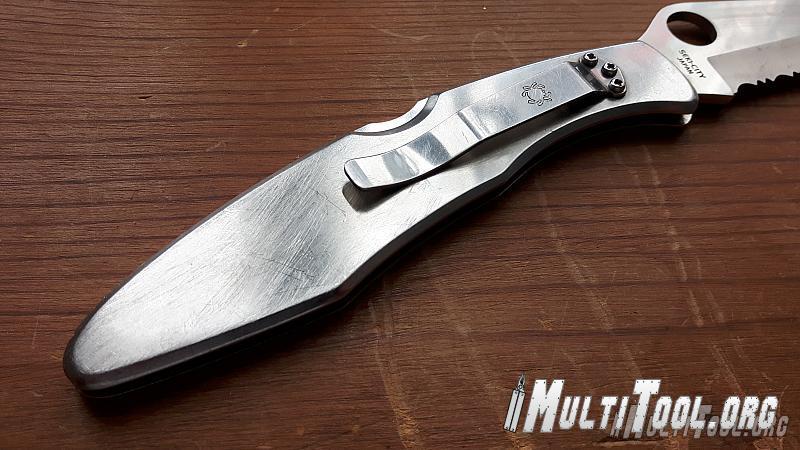 And what's more- for all we talk about quality and fit and finish, there are only two other items I have encountered that could fit in the same category as the Police Model, and they are the Victorinox Spirit and SOG's original ToolClip, the latter also being from Seki City, and so similar in construction to the Police Model that I have to wonder if they were both sourced from the same factory.

Have a thought, question or comment to share about this, or anything else you have seen here?  Share it on our FORUM or email me at This email address is being protected from spambots. You need JavaScript enabled to view it. and let us know!

More in this category: « Hike in Gatineau Park Folding Shovels- Any Good? »
back to top
Interested in this or a different tool and still have more questions?
Why not join us over on the Multitool.org Forum where our community can help you find what you're looking for!