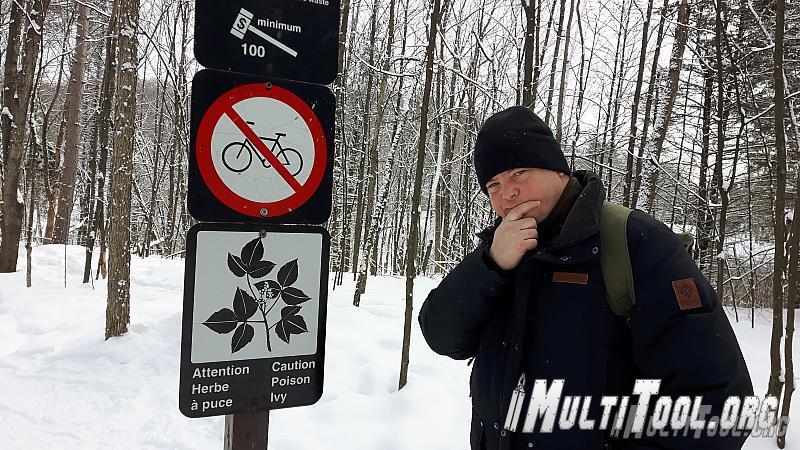 It has been too long since we did anything, and so we decided today to get out and enjoy the fresh snow. We ended up hiking the Sugarbush Trail in Gantineau Park, a huge woodland park not far from where we live. It wasn't a long trail, so we ended up doing a couple of loops for the fun of it. I had some trepidation from the get go because of a very serious health concern.

In the end, since we were well bundled up in -4C weather, and any poison ivy would be dead, and buried under several feet of snow, we decided to risk it! :ahhh 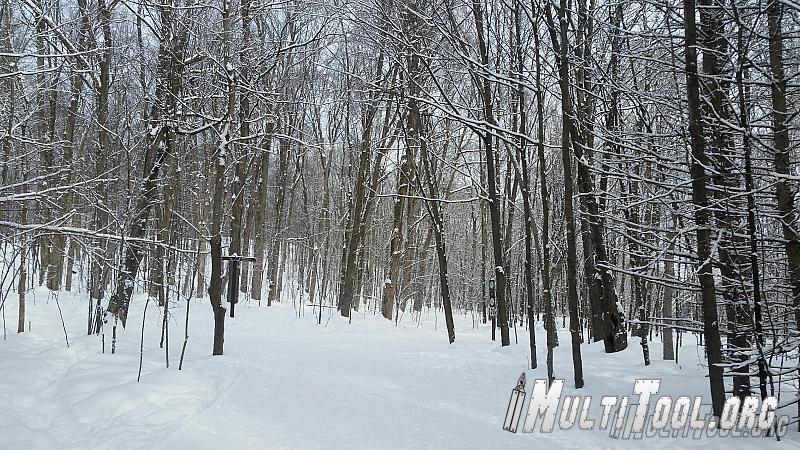 The trail is groomed once a week, usually on Fridays, so it wasn't a difficult walk. 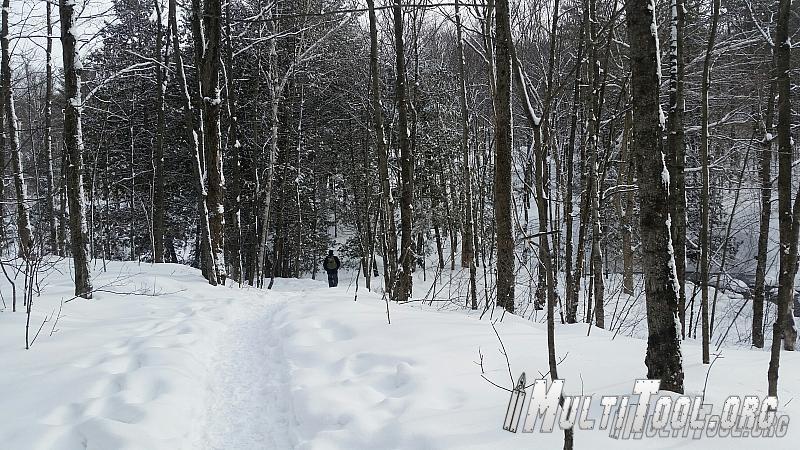 I also went off the groomed path a few times to explore some side trails, and I am glad that I did.

There are a few nice streams that you walk by, or maybe they are all the same stream, it's hard to tell when they are iced over in a lot of places, and you can't tell what is going where. Still, where the water is visible, it is very pretty in the largely unspoilt snow! 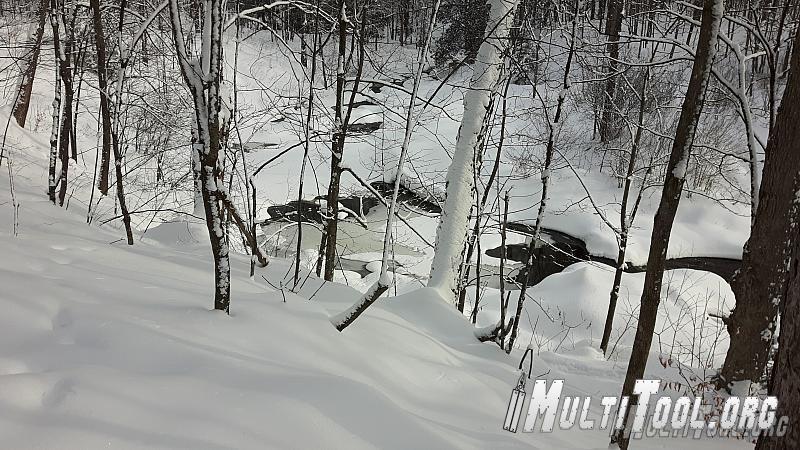 It was a relatively short hike as I said, but it was certainly a good one. We both had a great time, and glad we were finally able to experience it. We tried this trail in the summer, just after I arrived here, but I was unable to hike then. 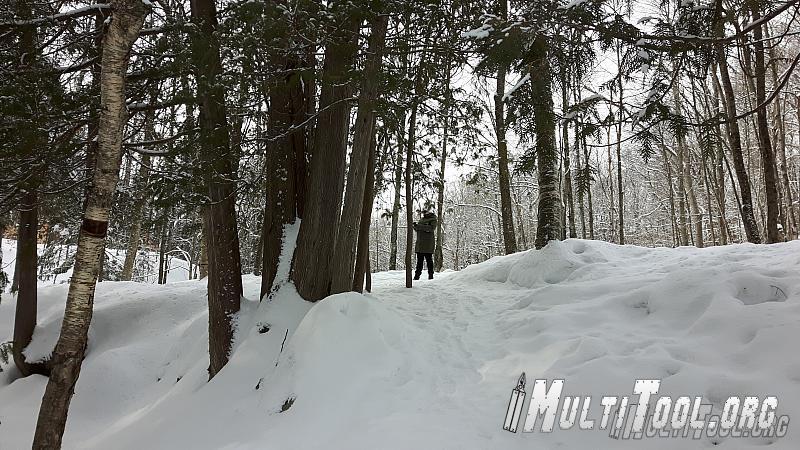 In fact, I was apparently feeling so much better that I was once again a lot more adventurous than Megan, as she stuck to the high ground while I went down to get closer looks at the streams! 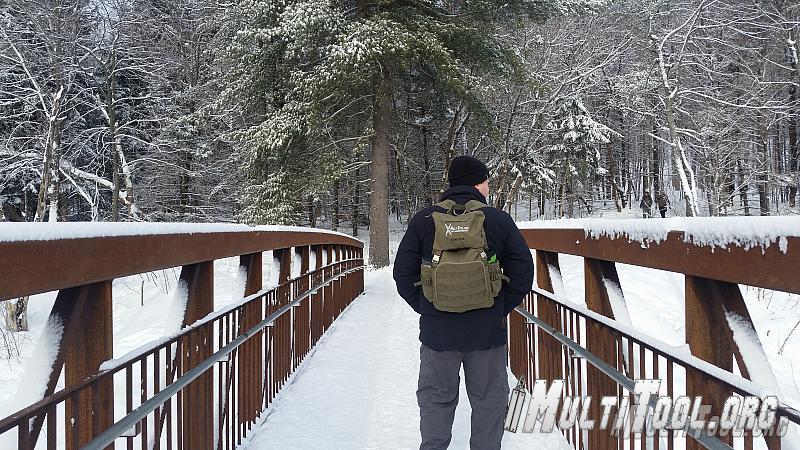 And, of course, what adventure would be complete without a little bit of good old fashioned MTO representation? 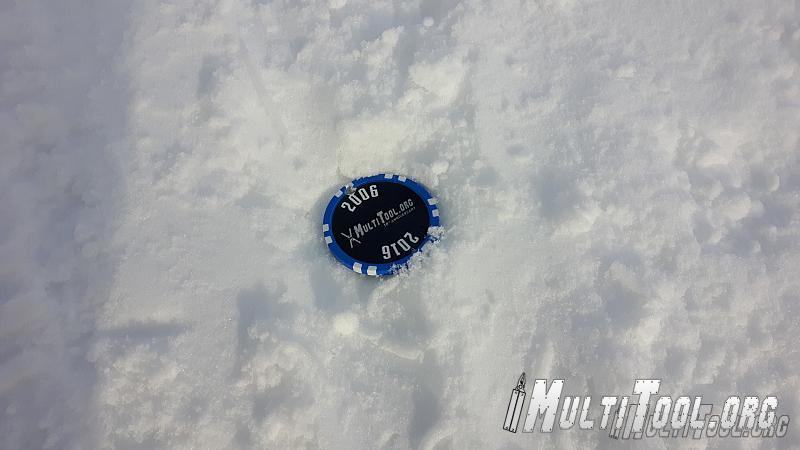 Don't leave home without it!

More in this category: « What Were They Thinking? What I Don't Like »
back to top
Interested in this or a different tool and still have more questions?
Why not join us over on the Multitool.org Forum where our community can help you find what you're looking for!