Columbia River Knife and Tool (CRKT for short) has been well known for their fair priced knives made from well known and respected members of the knife community. CRKT makes a knife for virtually every kind of task you can think of and the only thing they haven't ventured into is the multitool market, until now that is.

About six months ago CRKT announced on their website that a division of their company called I.D. Works (which is an acronym for Inspired Design) is producing two multitools that will be released in June. The multitool enthusiasts and the general market alone was not only welcoming them with open arms, but the market needs a fresh face to it. So many of the tools out there are being made by manufacturers that have been making them since time began, and it was time for someone new with a fresh perspective to add something to the picture. 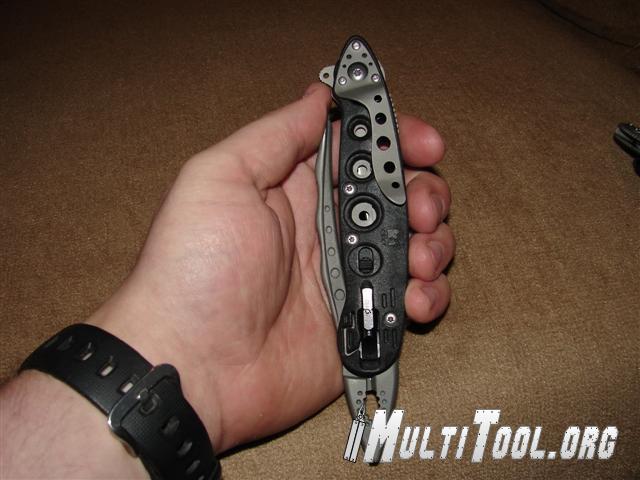 The first tool that CRKT/ID developed was the Zilla Tool With most modern tools in the industry you have a collection of tools that most people, call them the common folk if you will, don't need. For instance, not everyone needs an awl or a saw. What CRKT did is focus on what people use on an everyday basis and make it into a tool that is both user friendly and intuitive. No bells and whistles, no special tools added, just bare bones get it done tools with a bit of flair of course.

Upon receiving the Zilla, the first word that popped into my mind was WOW! It definitely is bigger than one would gather from looking at the photos on the net. It's actually as large in comparison to the Victorinox Swisstool and the SOG Powerlock. It maybe be big but the weight is not much as it's bigger brothers, weighing in at 7.9 oz this tool isn't a lightweight contender and it can dish it out with the big boys. I will admit, that smaller tools that weigh this much DO have all the extra bells and whistles so where is all the weight at? Well the pliers are as close to a full set as you can get, you see this design a lot with other tools like the SOG Toolclip and the Wenger SwissGrip. The frame is then covered by a plastic shell that makes the handles ergonomic and easier to grip. Alright, now to get our hands dirty!

The pliers themselves pretty good sized for a tool of this nature, all over the tool, including the plier head are decorative circles to give the tool an artistic flair. To unlock or lock the pliers from a fixed position, all you have to do is press up or down on the locking slide button which is located on either side of the tool. For brute force, not just looks, the pliers can grab and turn just about anything you fit into it's teeth. The wire cutter with a smaller hard wire cutter notch can handle decent gauge wire without being damaged. The beauty that makes all this work so effortlessly is the spring loaded design of the pliers, most tools with fixed pliers often have a coil style spring that compresses and contracts to work the tool. The Zilla on the other hand has a spring similar to what you see in a produce scale at the supermarket and this style of spring not only is stronger but it is probably going to last longer than it's coiled cousin. The handle that opens and closes the pliers is contoured to your fingers, it's a first for me to see. Because of the grooves instead of a flat surface you have a more comfortable grip and can really put on the pressure. 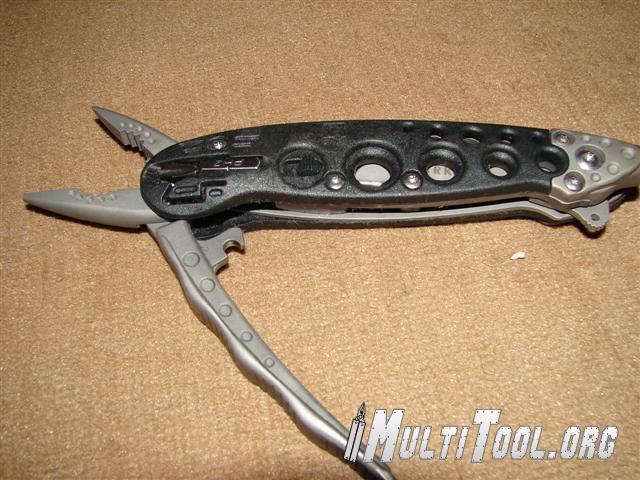 The Zilla also has a patented hex bit driver in the end of the tool, giving the user versatility to carry and use whatever bit they need. Complimenting the driver are the two bits that come with the tool, a #2 phillips and a #6 straight, both are mounted in recessed areas on the side of the tool. To remove a bit, all you do is push on the bottom of the bit and slide it out. The driver is very strong indeed and adds some of that considerable weight we were talking about, what hold the bits in place is a little round magnet at the bottom of the bit holder. The magnet isn't strong enough for my tastes, and I would prefer a spring system like that similar on the Leatherman Charge series. The reason I say this, is with very little effort on my part, I was just screwing in a screw (in a hard to reach place of all things) and the bit got stuck in the screw for a second, so when I pulled back the tool the bit fell out. I think just a little more effort could have been put into designing the driver, for instance a ratchet function would have been awesome, and would have been well worth the consideration in weight. 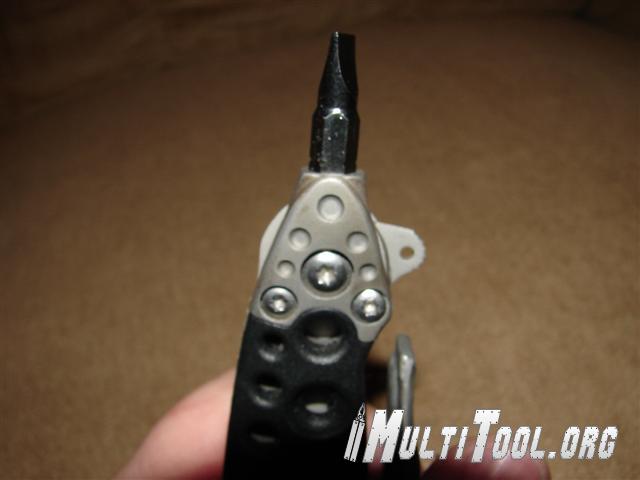 The last tool on the Zilla is the open hand opening knife blade, made of a steel called 3Cr13 it holds an edge very well and has a combo blade profile. The serrations themselves are something I have never seen before, rather than the alternating pattern you usually see with little and large valleys, instead we have a more aggressive pattern resembling that of sharks teeth. They seem to work well and I have not had a problem with them. I have not had to sharpen it yet but should be easy enough to do. They way the knife blade is opened is via a flipper on the back of the tool, if you have played with CRKT's M16 models then you know what I am talking about, easy to use and quick to deploy. The blade does seem to be dwarfed somewhat by the tool overall and I wish it was larger, but beggars can't be choosers. 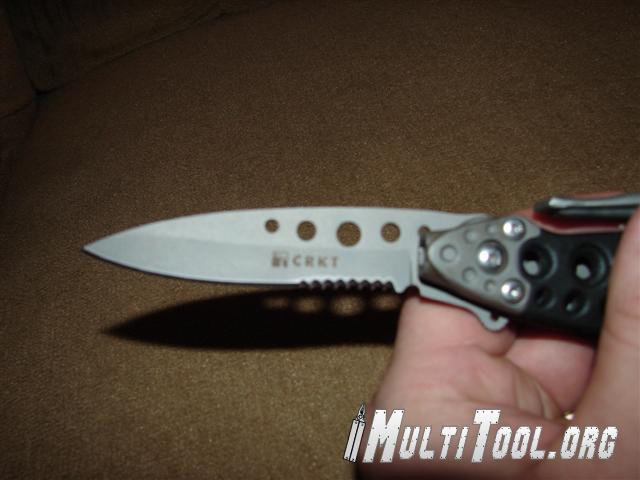 Overall the Zilla is the first for CRKT and probably not the last if sales go well for this tool, like I said so far it has a very warm welcome. The only other thing I have to say about the Zilla is that it, like many of the knives made by CRKT have a bead blasted finish. Normally with care taken to the knife there is not much a problem, but unlike polished steel, bead blasted items are reactive to water, especially salt water (even sweat). Just using the tool for the past couple of weeks I have noticed signs of rust appearing in various areas on the tool. When the tool is in my pocket via the clip rather than the sheath it is more exposed to not only the heat but the humidity of your body. All you need is some fine mesh steel wool. You can pick this up at your local hardware store. All in all they have done a good job for first comers to the market and I hope to see what comes out of CRKT in the near future.

More in this category: CRKT Guppie Review »
back to top
Interested in this or a different tool and still have more questions?
Why not join us over on the Multitool.org Forum where our community can help you find what you're looking for!