The first set of keychain pliers I ever got was the small Swiss*Tech MicroTech, which proved to be as solid as the steel it was carved from. 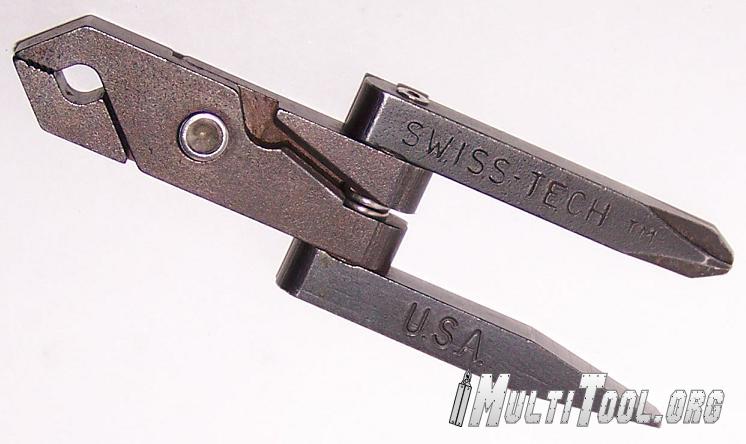 First thing is first- this tool is not for the faint of heart. It is machined out of high carbon tool steel and has three moving parts, riveted together with the biggest rivets that would fit. This is the heaviest duty keychain tool you are ever likely to find.

Despite only having four pieces, two handles and two plier jaws, the MicroTech has a decent number of features. The blunt nosed pliers are sturdier than many full sized multis, although are also very short. I’ve found they are little use for most plier type jobs and work more like super heavy duty tweezers than actual pliers.

On the other side of the plier pivot joint is a very respectable wire cutter notch, which I have used for cutting hard wire like coat hangers. Due to the solid construction of this tool, just about anything you can fit in there, you can cut without worrying about breaking the tool. The downside is that given the small amount of leverage from the short handles, you may not want to cut anything too big! 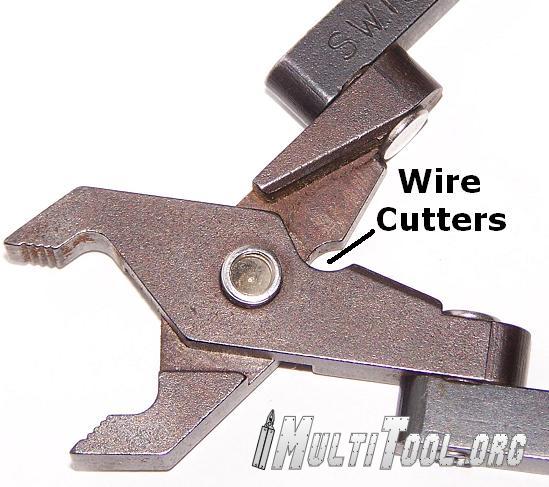 Heading down a little farther you get the inside of the rivets that hold on the handles, which I have used on occasion as crimpers. I don’t know if that is what the manufacture intended for this part, but if I was them, I’d certainly pretend it was since they work so well at it!

All the way down to the end the handles finish up as full sized screwdrivers- a phillips driver on one side and a flathead on the other. Because these drivers are on the end of the handles they actually work better with recessed screws than many full sized multis, offering almost one and a half inches of reach.

The MicroTech Plus model has a couple of small cutouts in the handles that have a smaller flathead and phillips driver in them, similar to the SeberTech M3, but I don’t have one to try out and review here. 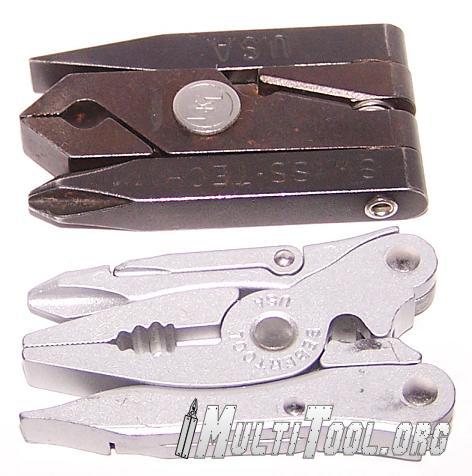 This is a very solid tool, but it does have it’s drawbacks. The screwdriver ends, especially the flathead, dig into your hands during use, and the squared off edges are also very uncomfortable during use. The pliers are very short and despite being very robust, aren’t terribly useful due to their length. The wire cutters also suffer from Napoleonic Syndrome in that they are small but insist they can do the job as well as any normal sized ones. I don’t doubt it, but the stubby handles simply do not allow for cutting of anything terribly hard or wide. Lastly, the MicroTech is made from a high carbon tool steel which makes it amazingly tough, but also somewhat heavy and also susceptible to corrosion and rusting. Despite the black oxide coating, anyone living in a humid environment will see some minor pitting and discoloration almost immediately, and with continued use the coat will wear off in the joints.

This is a good tool for the person who likes to overdo everything, to find the limits of things and go a hundred yards farther either to see what happens, or simply because they ignored the signs. I seriously doubt that anyone could break this tool, as it is physically impossible to push it to it’s limits. I say this with great confidence, as I am a master of breaking things, and this tool has managed to stand up to my use for years, and other than some minor discoloration and pitting, looks brand new.

More in this category: « Crescent ToolZall Pro/Bear Jaws 155 Review Sebertech M3 Review »
back to top
Interested in this or a different tool and still have more questions?
Why not join us over on the Multitool.org Forum where our community can help you find what you're looking for!