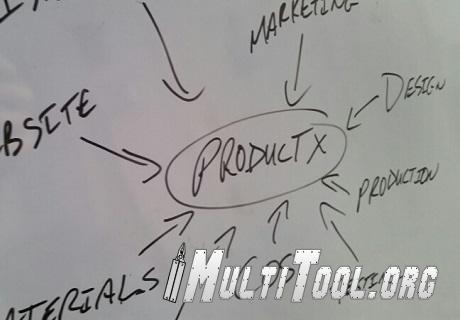 There are a lot of designers out there, and that's a good thing. Design software and the machines powerful enough to run it are available to pretty well anyone these days for very little cost, and 3D printers have revolutionized limited production and rapid prototyping, and sites like Kickstarter, Gofundme and Indigogo have made it possible for people to get the startup capitol they need to launch their revolutionary new product to turn the world on it's ear. But, those aren't the only changes you need to know about.

Thirty years ago, when you had a new product design you were limited to working on it on weekends and evenings in the garage, with whatever tools and materials you could lay your hands on. There was a lot less product testing, and product mortality rate was high. Very few of these ideas became reality either due to limited markets, limited functionality or marketability, not being able to find a suitable or affordable manufacturing process or simply because the inventors just gave up.

When ideas did succeed they were often owned in whole or in part by the company that took the risk off your hands, taking over production, marketing and distribution, and often made changes to your initial design in order to increase it's chances of success, even if this wasn't true to the inventor's initial vision.

Today, with an entire planet's worth of manufacturers waiting to quote on any job, no matter how big or how small, regardless of whether it is an individual or a mega-corp, and the tools (hardware and software) being more accessible than ever, we are seeing an astounding number of products on the market- some good, some not so much. Regardless of the usefulness of the item, I consider this a good thing, as it gives us access to items that may not have been seen otherwise- after all, “limited function” doesn't mean “useless” and there are bound to be people somewhere in the world that do need what you have developed, even if it isn't something that will fly off the shelves at a local Big Box Store,

Like anything else, this advancement comes at a price, and if you aren't keeping it in mind, that price may end up ruining you.

I am not a lawyer, and what I am saying does not constitute legal advice, and it may vary greatly on your situation. I am speaking about generalities that may or may not apply, but it is valuable for you to read the following and make up your own mind about it.

Assume the above situation- you have worked hard to develop a product, sunk a lot of time and a reasonable amount of money into development, and you are ready to go ahead with manufacturing. Your plan is to set the world on it's ear with your revolutionary design and retire off the residuals and continual sales that pour in year after year.

If that's your plan, congratulations, you have wasted your time and money and you should probably start shopping for a nice refrigerator box to live in, because here's how it plays out in the modern world.

You aren't an idiot, so you patent your idea before you start production. Even if you aren't ready to produce it right away, you need to get your patent in before someone else thinks up the same thing- after all, patent protection kept Poloroid in business and virtually competition free for 50 years, right?

While waiting for patent lawyers to do their research you start looking into manufacturing your design and possibly a bit of refinement while you are at it. You make sure to get confidentiality agreements from various manufacturers before you send them your design, because again, you aren't stupid, and you need to protect your intellectual property.

You even find a decent manufacturer at a decent price, and start to have an initial run of products done- we've all seen an item stamped “PATENT PENDING” and that is usually put on a product that is produced before the item is actually issued a patent, so as not to waste time. No one will steal your idea if they figure the impending patent will keep them from actually using it.

Finally you start distribution, and for many folks that is their own website, Etsy or eBay, all of which are viable places to get a new business off the ground. And then you find out your beloved project is already for sale at a fraction of what you were going to charge for it.

How did that happen? You were smart, you were careful, and now you have an awful lot of savings and credit card debt taking up space in your garage, with little to no way to recoup it!

In this case, your patent application sunk you- patents are public, and often contain exact schematics of your item, especially nowadays when you are likely to submit a 3D rendering from the software you used to design it. Some manufacturers in some countries (not pointing fingers here) scan patent organizations worldwide daily for new designs, and have the ability to manufacture items quickly and cheaply. As the patent isn't worth the paper it is printed on to them, they are free to manufacture and sell your item, knowing full well that even if the patent did matter, you could never afford to enforce it.

And the time you spent refining and manufacturing, setting up advertising and promotion is worse than a waste, because now people are aware of your product, and many will go to eBay and buy it there for $2.99 instead of from you at $19.99.

The bottom line is, you gave them your design specs and took longer to produce a product than they did, and then you paid to promote them. You will be lucky to sell a few products, then liquidate the rest for pennies on the dollar as scrap.

There's another common scenario as well, that also leaves you high an dry that you need to watch out for, and it goes like this:

You develop your product and launch a crowdfunding campaign that is highly successful and you make whatever goal (and then some) and you contract a not-so-scruplulous company to produce the item for you so you can make your initial order of 10,000 units that makes the whole thing economically feasible.

Except that your manufacturer makes 15,000 or 20,000 units, sends you your ten thousand and then sells the rest through their usual channels for a fraction of what you were going to, because you still need to make a profit, but they have already made their money off you, and whatever they can get selling your product (often even with your markings on it!) is pure gravy.

And the worst part? They aren't cheap knock-offs, because they were made on the same assembly line, using the same labor, components and materials yours is. The cost to leave the assembly line running a bit longer is negligible to them. And, they have begun selling it while you were waiting on delivery.

Once again, you have handed your design over for the purpose of putting yourself out of business.

So how do you beat them at the game? It's possible to win long term, but it may not be worth the effort. There is however a way to put your effort to better use and come out ahead. There are many ways, but in my experience, this is the most effective.

Don't be a one hit wonder.

Design your product, find the most trustworthy manufacturer you can, make a splash, get as much product sold in one year as you can. Get it out, get that initial run sold as quickly as you can, make as much as you can off it, then drop it. Keep the design listed on your website to sell off remaining stock, and remember that you can always order more as needed. Then get on to the next design and repeat the above. Don't expect residual sales after the initial rush because there's probably already someone doing it cheaper than you.

The upside to this is that people may buy last year's product while ordering this year's and so on, but as long as the initial run is paid for and a reasonable profit is made, those items sitting on the shelf are bonus. They can sit, or they can move, even heavily discounted and you are still in the black.

It's not a good game, it's not a bad game, it's just a different game now than it was 30 years ago. If you play your cards right, there's every chance you can win, but with any gamble, don't stick out any more than you are willing to lose.

More in this category: « Custom Brass Rambler! SOG Supports Nauti-Boys »
back to top
Interested in this or a different tool and still have more questions?
Why not join us over on the Multitool.org Forum where our community can help you find what you're looking for!