The FROG tool by Gatco/Timberline is another interesting tool that defines and represents a whole section of the market. Like the Frosch tools, the FROG is a single piece of steel, cut and carved in such a way as to have multiple features, and let me tell you, it would be hard to add any more features to this one! 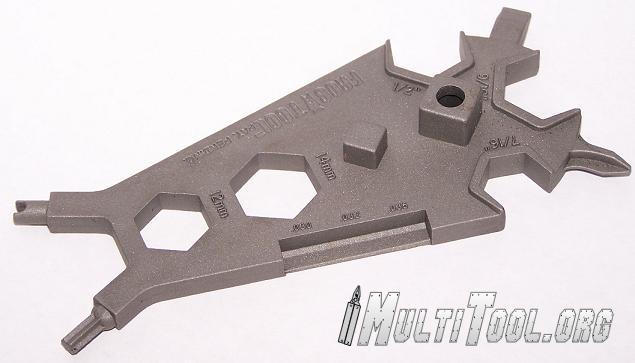 Named because of it’s shape, similar to that of a frog (remember Frogger?) the Frog Tool sports 5 separate wrenches (½", 9/16", 7/16", 14mm and 12mm, plus a 1/4" socket for screwdriver bits that could be used as a 6th wrench), an eighth inch and 1/4 inch socket adapters, flathead screwdriver, phillips screwdriver, Torx screwdriver, valve stem wrench and spark plug gap tool. Pretty impressive for a hunk of steel with no moving parts!

The FROG comes in a one piece rubber sheath, similar to a sleeve with a molded in belt loop. There are no straps, snaps or velcro to hold the tool in place, but the rubber is indeed pretty form fitting and holds the FROG securely until it’s ready to be used. That’s a good thing, because if you are like me and suffer from muffin tops, hangovers, love handles or any of the other cute names we give the extra pounds, you may want to carry this tool inverted on your belt, as the corners of the screwdrivers are pointy and can leave a mark on you after a day’s worth of carry! 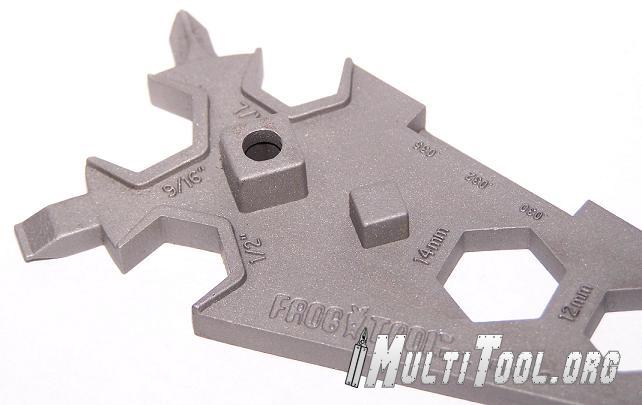 By itself the Frog is limited, and seems to me like it would be best suited to supporting a regular plier based multitool as it doesn’t have many features we have all come to expect in a tool. Pliers being one, a knife blade and saw being other good examples. Of course it seems to have been designed with that in mind, as it has a number of other handy features not found on most mainstream multis, but that could be important, especially when making an emergency repair at the site of the road. The wrenches are better suited to corroded battery contacts than pliers for example, the plug gapper is one of those things that’s hard to do without when you are putting in new plugs, the valve stem tool is something not found anywhere else, and the screwdrivers are handy when you need to hold something with the pliers while tightening or loosening a screw elsewhere. 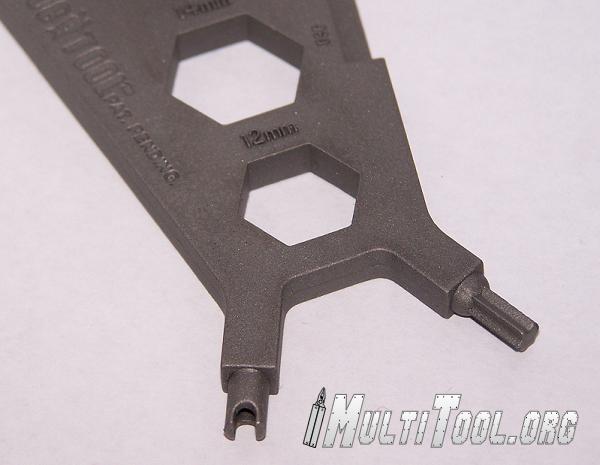 Being a very simple tool it’s almost indestructible, and the bead blasted finish offers a slightly better grip than a polished finish would, although the corners of the tool poke out pretty well and would help to reduce slippage. My big concern is that bead blasted finishes can lead to rust or corrosion, but with no moving parts the FROG is less likely to suffer even if some spots did form.

As mentioned above, the FROG is a great companion to a regular multi or SAK, but I wouldn’t consider carrying it on it’s own unless you are absolutely certain the other, more usable tools like pliers, wire cutters, saw, knife blade, file etc are not needed.

I would also like to see a version without the socket adapters on it, allowing it to be 1/4" flatter and making it that much more convenient to carry. If those were removed, the FROG may fit nicely into the bit pocket in the back of Charge or Surge type sheaths, which would be very handy. I also wonder about socket adaptors on tools- most of the time a socket is found in a socket set, which usually also contains a ratchet, which means basically if you have the sockets, you don’t need a makeshift tool to use them. 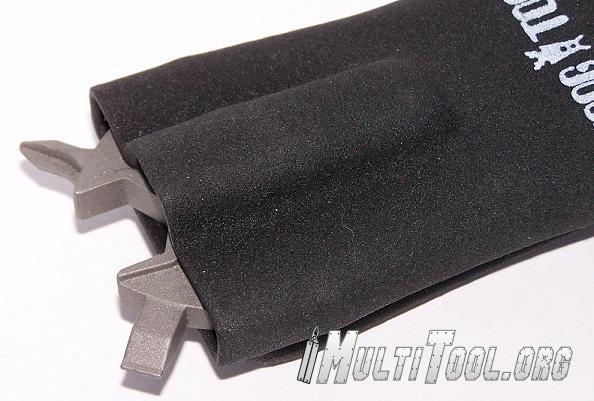 More in this category: Raker Ring Tool Review »
back to top
Interested in this or a different tool and still have more questions?
Why not join us over on the Multitool.org Forum where our community can help you find what you're looking for!