Leatherman continues to dominate the multitool market; this is due in part by two things, advertising not only to its pre-existing customer base but to the newcomers as well and  most importantly it’s the drive to continually innovate on the designs of their tools, Leatherman is constantly refining and changing the shape of the tools themselves and how the public as a whole views them. I believe most of Leatherman’s success is just the shear dominance of name brand, they pioneered the market and ever since 9/11 they have become more common place as they are more appealing to the public than a regular pocket knife. 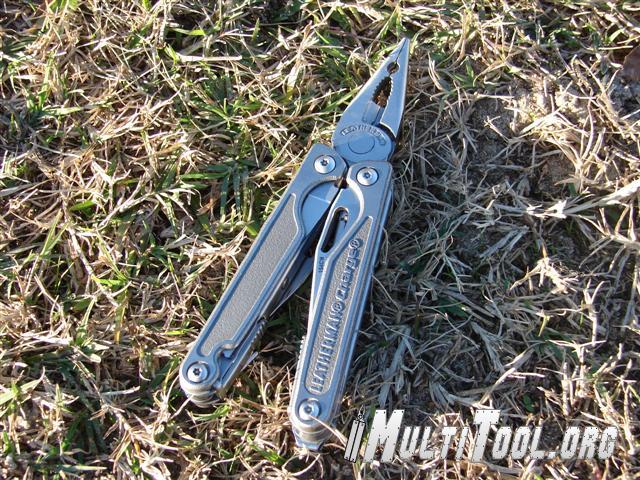 Ever since Leatherman released their flagship tool, the Wave has been the cornerstone they have set that now it seems all of their tools are based on and improved from. In 2004 Leatherman re-introduced the Wave, a revamped and improved version of their original design with features the tool groupies wanted the first time around. The 2004 Wave does have it’s areas where it lacks and consumers liked the original design better. In spite of some dislikes by the die hard fans, Leatherman stepped up to the plate and offers us a premium model of the Wave called the Charge. 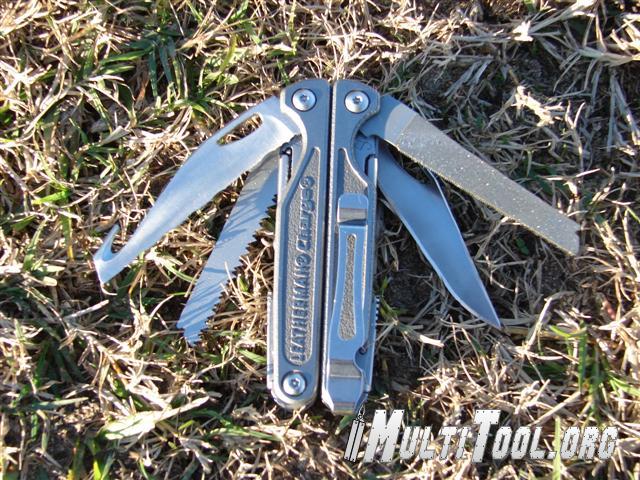 For $20 more or so than what you can pay for a newly designed Wave, Leatherman gives you a Wave style tool with titanium handles and a premium 154CM steel blade. The Charge comes in two flavors; the Ti is just like the Wave only it has the newer steels and the other is the Xti which is a model made for sportsman. The Changes made to this model are that it has a crimper set into the plier jaws, two bit holders instead of one and they took out the scissors and put a Gut hook serrated blade on the outside.

We could have reviewed either the Ti or the Xti but the Xti is different enough that it would make it more fun to test, not just like testing another Wave with the extras thrown in there. In a nutshell, the Xti is defiantly in a category by itself. The Titanium handles aren’t solid titanium. Instead they are slabs of titanium that are attached to an existing steel frame to reduce the weight of the tool. Weight reduction is minimal but the texture of the Titanium makes up for it’s weight so to speak, unlike the Wave’s sleek steel frame you have a strong texture to the titanium that insures a better grip on the tool when working in wet conditions. 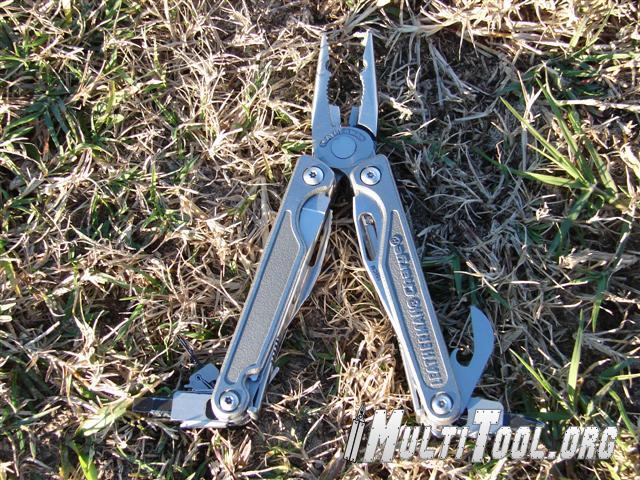 Haven’t had a whole lot of use for the crimper, I am sure I will in the near future, but so far it hasn’t done anything other than reduce the surface area of my needle nose. I really love the two drivers the Xti gives you because you find yourself changing bits less often and the extra bits they give you expands the tools possibilities. On the Wave whenever the pocket clip was attached, it put undue pressure on the rest of the tools inside and it makes my driver hard to open and close, but on the Xti the clip snaps in quick and easy, the tools don’t stiffen up and you don’t have to break a thumb nail to get the drivers out. One other small nifty thing is the clip instead of lying on polished handles, it rests in a groove in the textured titanium making it less likely to wiggle when attached. 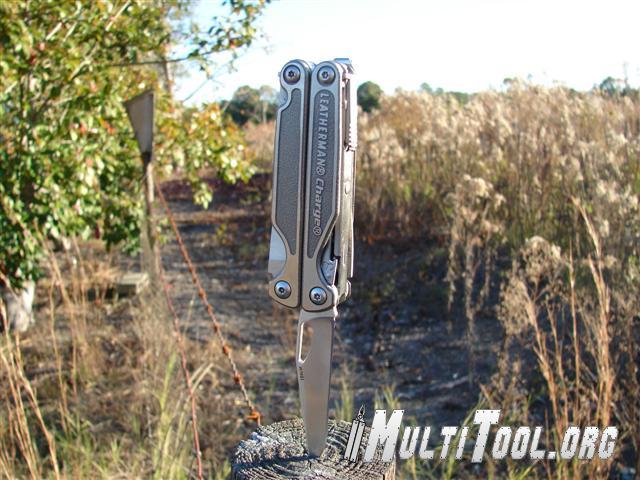 Overall I am very impressed with the Charge Xti, it offers slightly better design innovations that the Wave was a little short in, the titanium gives plenty of grip, the extra driver makes finishing those home projects even quicker and the 154CM blade cuts like the devil and is a breeze to open due to it’s thumb hold being laser cut rather than punched from a die. I recommend the Charge to anyone who owns a Wave and wants a little more to the Wave package, but if you love the classic lines of the original Wave then steer clear of the Charge. I am 100% satisfied and I can only hope there are more people out there that share my opinion, it’s my EDC for a reason.

More in this category: « Leatherman Juice KF4 Review Leatherman Squirt E4 Review »
back to top
Interested in this or a different tool and still have more questions?
Why not join us over on the Multitool.org Forum where our community can help you find what you're looking for!