The gerber enter-Drive arived today and I thought I would share some of my initial impressions on it.  There will be a full review as soon as it has seen some use, but so far I am feeling quite positive about it.

Here are some comparison photos with the Surge and an MP600: 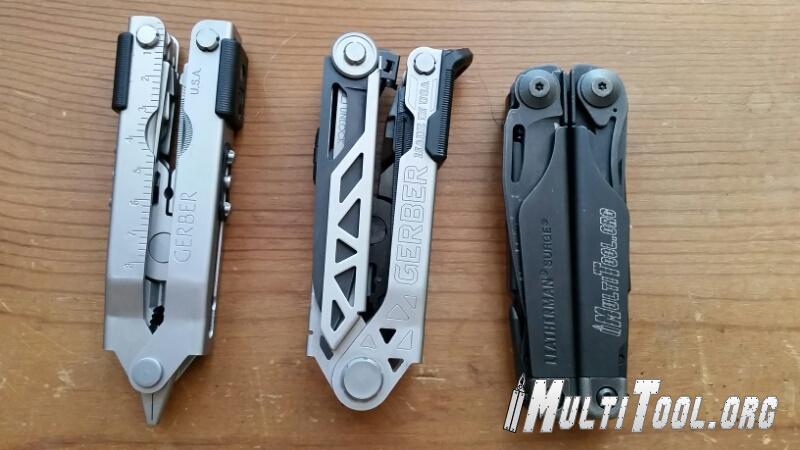 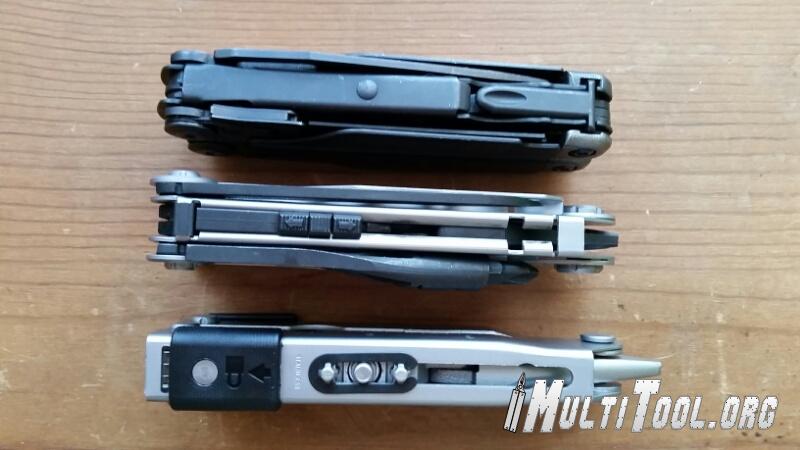 And a couple with just the Center Drive an Surge: 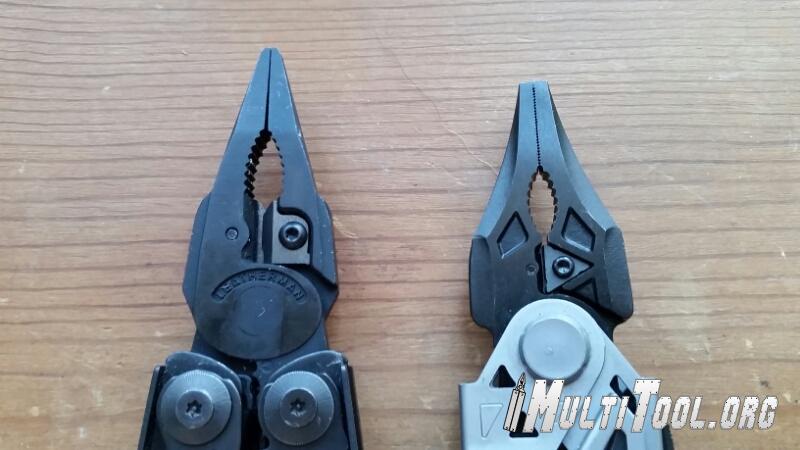 Obviously no comparison in driver size. I also prefer the standard bits to the flattened bits, which I have always hated. 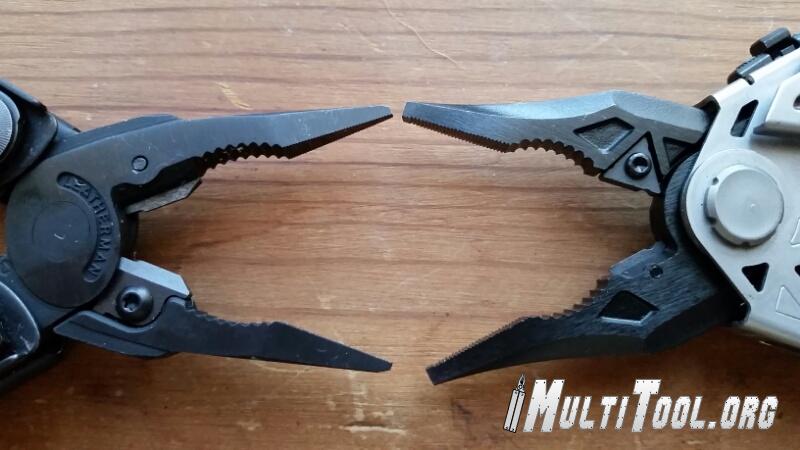 It's interesting that the Center Drive plier head is smaller than the Surge's, but manages to open slightly wider. 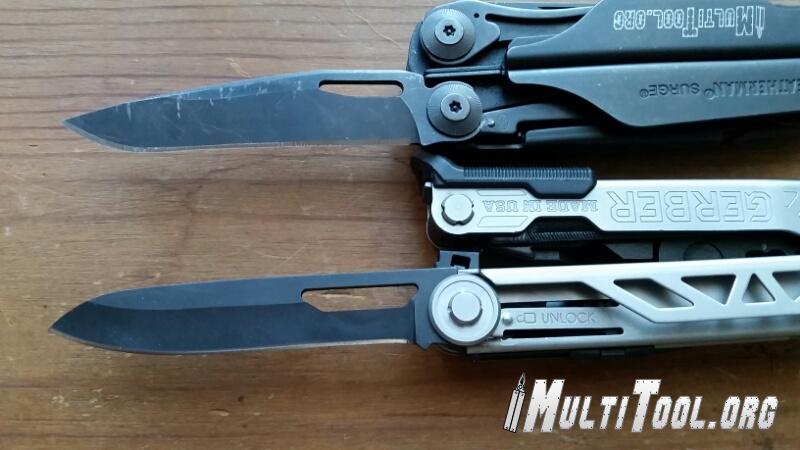 And the blade is every bit as big as the Surge's blade. 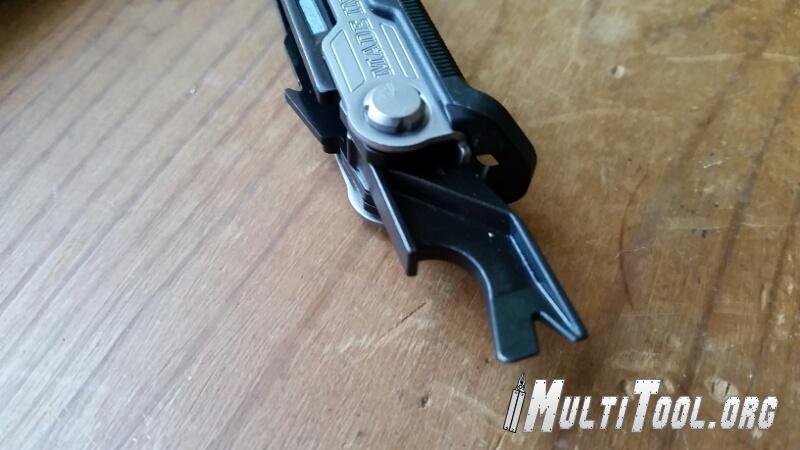 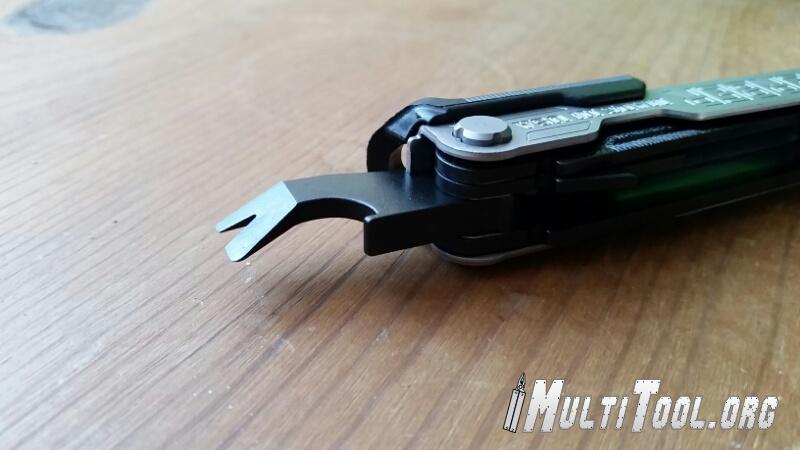 The prybar/bottle opener thing really fascinated me. I was amazed to see how thick it was until I flipped it over and realised it was cut out. It still feels plenty strong enough to do anything you may want it to do.

The serrated blade and file are typical MP600 versions, and that is about all the typical Gerber components in the Center Drive. 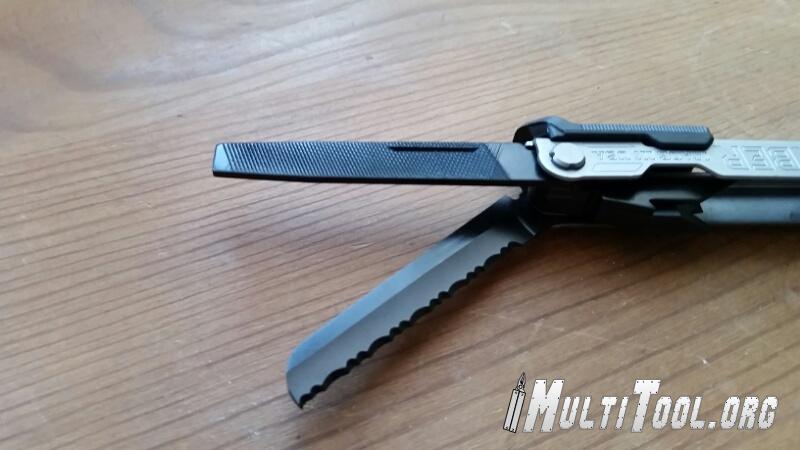 The awl isn't anything special, but is also solid enough to poke a hole in pretty much anything. 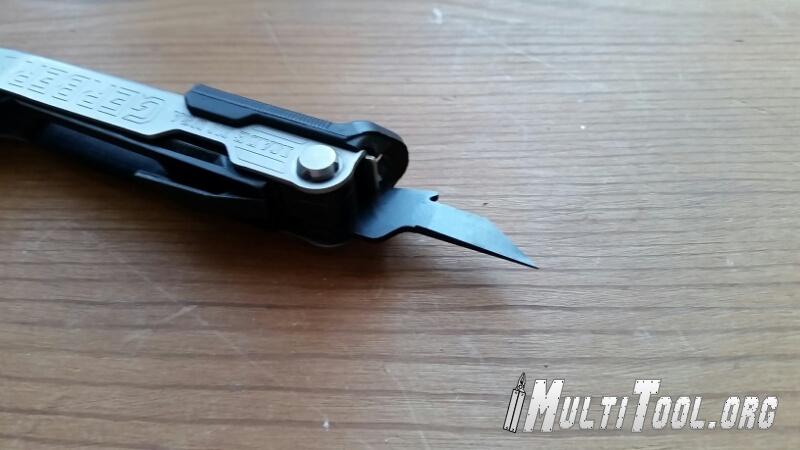 It doesn't have a sharpened edge on it like some awls do, but I really wouldn't worry about damaging it when carving a tunnel out of a gulag. 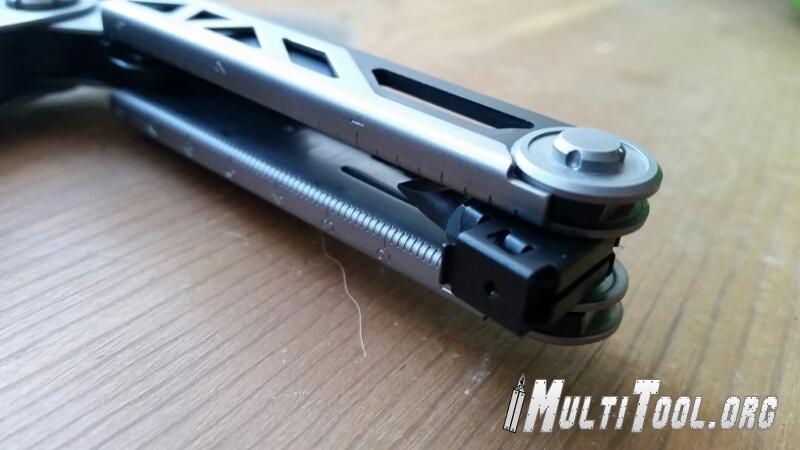 It functions as a handle stop when the Center Drive is closed and opens up to reveal a spare bit, in addition to the one that lives in the big driver on the outside. Oh yeah, and speaking of bits.... 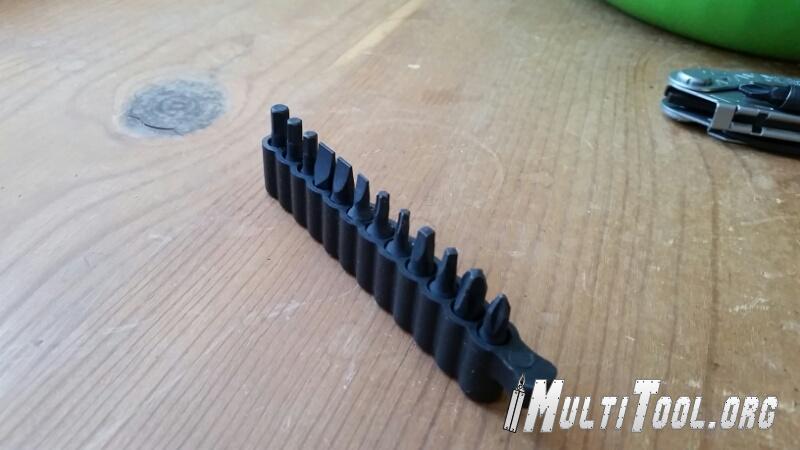 The Center Drive comes pretty well ready for anything, if you get the version with the bit set. Additionally, there is space in the sheath for the bits as well. And here are some general pics just for the fun of it. 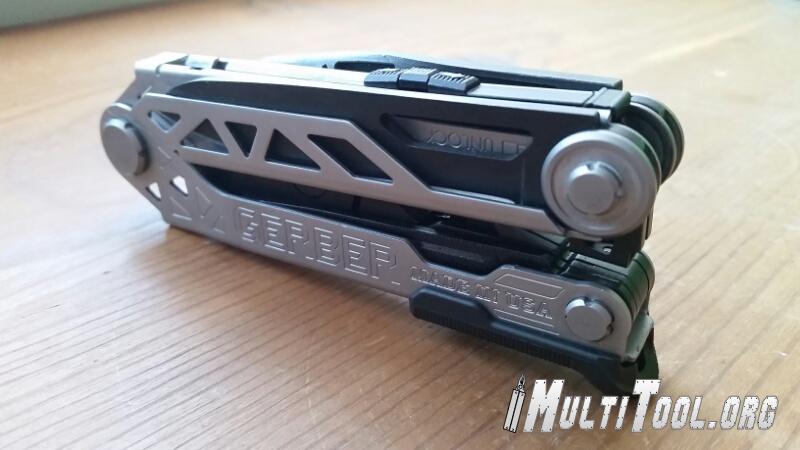 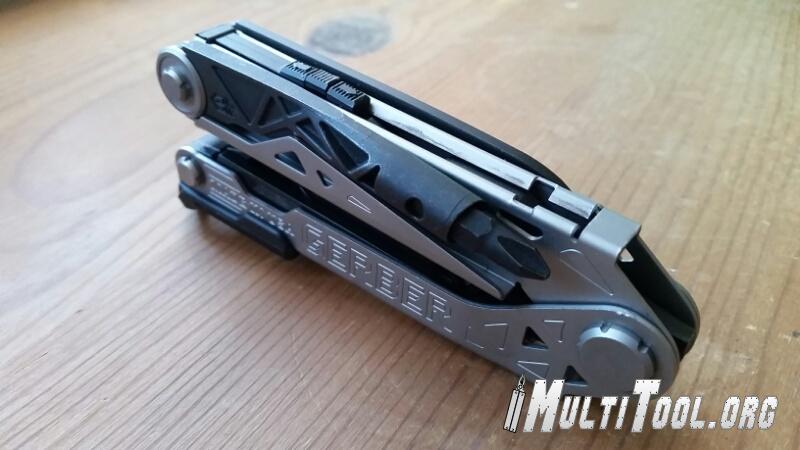 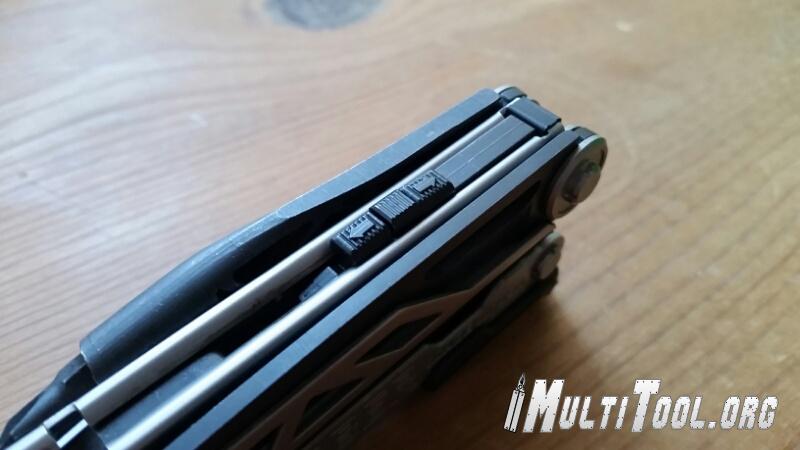 More in this category: « New Feature- The Multitool Minute! Top 5 Multitools for Christmas »
back to top
Interested in this or a different tool and still have more questions?
Why not join us over on the Multitool.org Forum where our community can help you find what you're looking for!