Center Drive Multitool.
I don’t believe any tool has created this much of a stir since the releases of the Victorinox Spirit and Leatherman Skeletool. Best of all we should have one on the way shortly for a review! 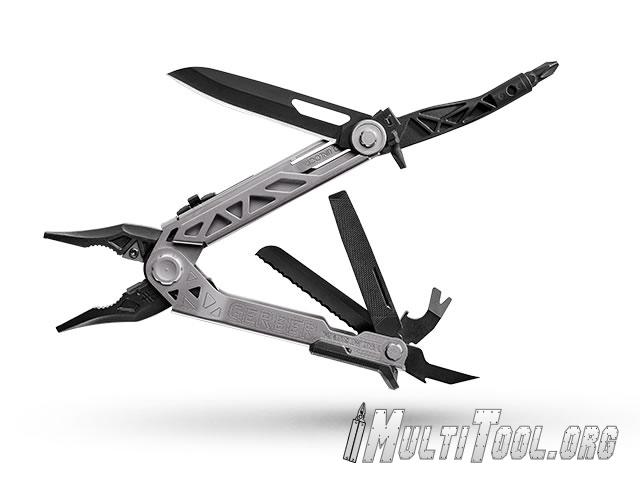 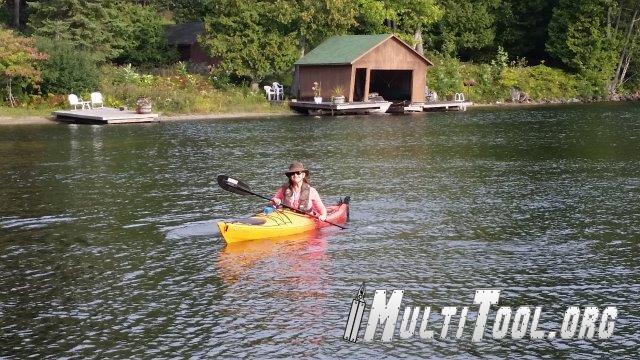 Some of you may recall some of our previous adventures in Gatineau Park:

This time I was finally able to bring our kayaks, and so we headed for one of the three lakes in the park- Meech. We'd driven by Meech Lake in the past but until now we'd never seen the boat launch. Plus, this being a less popular season (technically it's fall here now) there was no charge for parking, which we also appreciated. Still, we wasted absolutely no time getting the boats in the water and got on with our adventure. 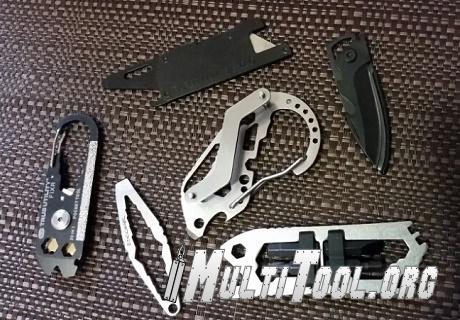 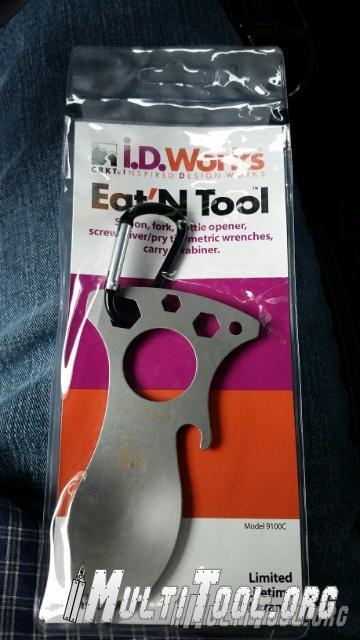 The Right Tool For The Job 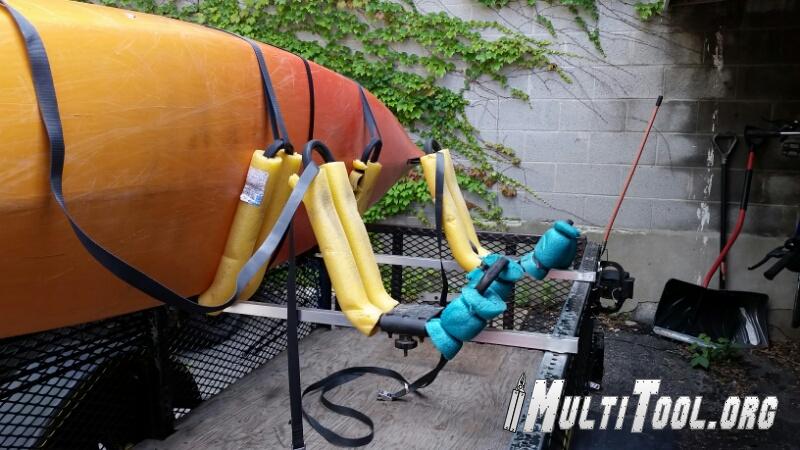 Some time ago we introduced Merit Badges on the forum for members who wanted to share parts of their collection or what they'd accomplished with them.  Since they were introduced we have almost doubled the number of available badges, including a number of Challenge Badges.  Now, we introduce another Challenge Badge, but this one has a little twist. 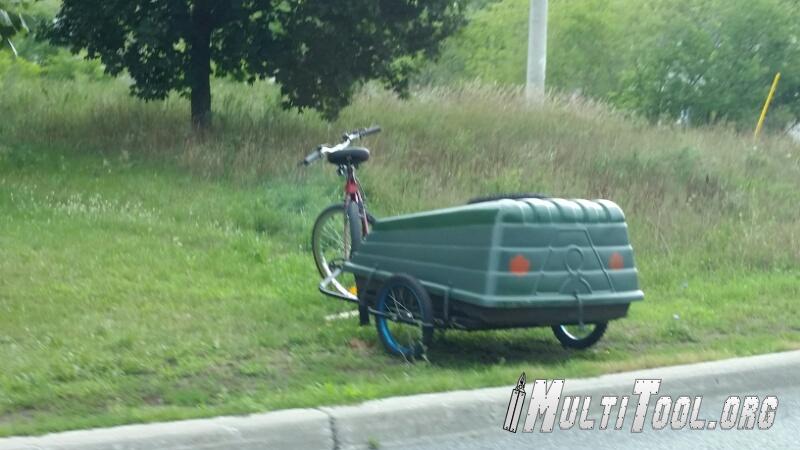 I have been thinking of getting a small trailer for my bike to carry camp chairs and the like. While driving around the neighborhood yesterday I got a little lost and came across this:

I called the number on the for sale sign, the guy came out and we discussed price until we finally agreed on a good number.

The trailer was far too large for my needs, being about four feet wide! 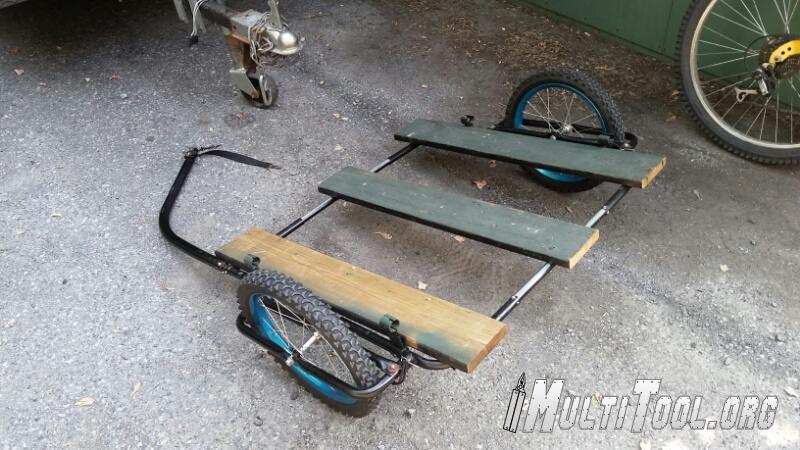 Almost immediately when I got home out came the tools. First the box came off- this is one of those roof rack pods that people put on top of cars, and is the main reason this trailer was so wide. I'll list the box for sale on a local classified site and probably make much, if not all of my money back.

Once the box was off it was a simple matter of removing the hitch bar (which will also need to be modified once the trailer is thinner) then disassembling the frame.

Once the trailer was in pieces I decided to use the central pipes to cut a couple of shorter rods to attach the two outer frame pieces directly to each other rather than over a foot apart. 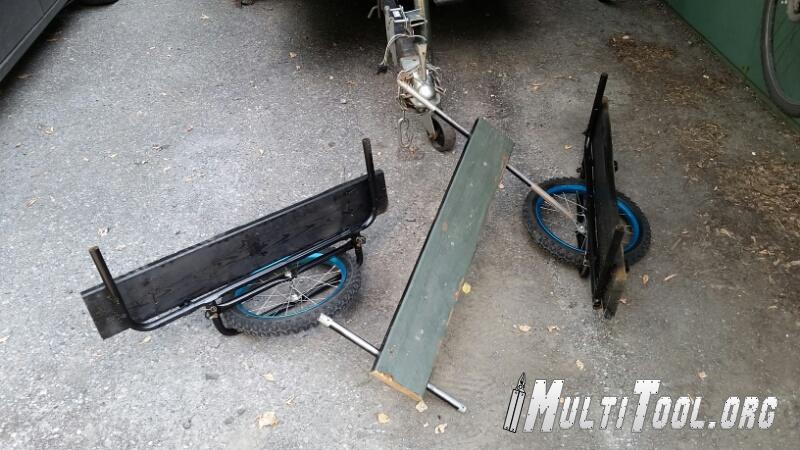 It was a hard go using the SOG PowerLock but I made it! I have a hacksaw but it is in my Jeep which is at the dealership for service right now. I also have jigsaws, reciprocating saws and angle grinders which would have been a great help too, but they are in my garage a thousand miles away.

So it's up to hand tools and a small drill that I have here. By the time I killed the drill battery I had managed to get fairly close to having it pretty well put back together.

As you can see it is significantly thinner than it was before, and if I can get my hands on a power saw I can make it a few inches thinner yet.

Megan wants me to put some sidewalls on it and I want to put some d rings on it to have places to tie things down to it. So, there's still some work to do, but I'm done for now since I have to wait for my drill to charge.

I'm thrilled with it so far, although I haven't tried towing it yet. I pulled it with the seller's bike before I bought it, and it was surprisingly easy to haul then. I'm imaging with the pounds it has lost by taking the cargo pod off and removing a couple of feet of pipe it should be even easier. 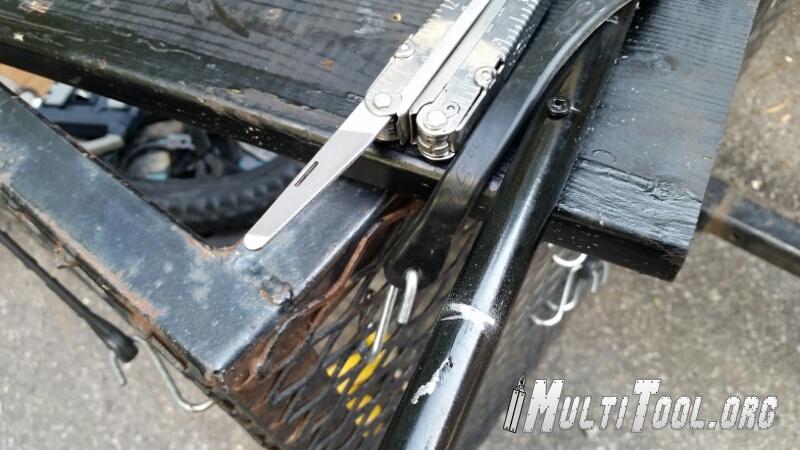 The rain finally subsided today so I had another chance to go out and work on the trailer again. I had to cut the hitch back somewhat- the curve was set for the original width, which would have made the bike too far off center to be towed properly once the extra width was shed. Unfortunately there was a casualty.

My poor Powerlock got it's lock broken, and now the metal saw/file won't lock open. Before anyone takes any shots at the Powerlock, this one has seen an awful lot of use and I don't think any other tool would have fared any better. At any rate, I am sure SOG will look after it, although I hope they fix this one and not replace it with a newer PowerLock or something else. But, that's a discussion for another time!

I pulled out my Leatherman ST300 to finish the cut and, while it did just as good a job as the PowerLock was doing, I still missed having an actual hacksaw. Or a reciprocating saw, jigsaw or grinder. Luckily I'm heading back to my old place next weekend, so I'll probably take the opportunity to pick up a few tools, but that doesn't get the job done in the meantime! 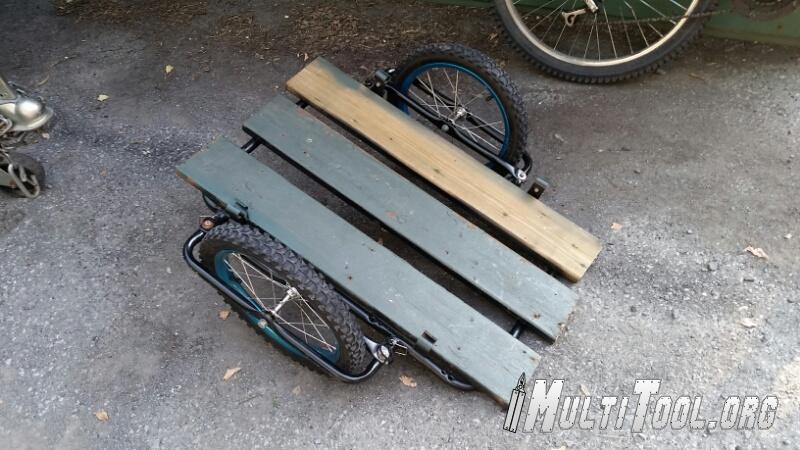 So here is the finished (for now) product. I'm hoping that once I get my tools I will be able to thin it out a little more so that there is no gap between the deck boards, although I may decide to leave it as is. I dunno- I'll leave it as is for now, and try it out. If it's acceptable the way it is I may keep it like this. The bike is also a little off center, but again, I'll wait until I decide how wide I want it before finalizing that. 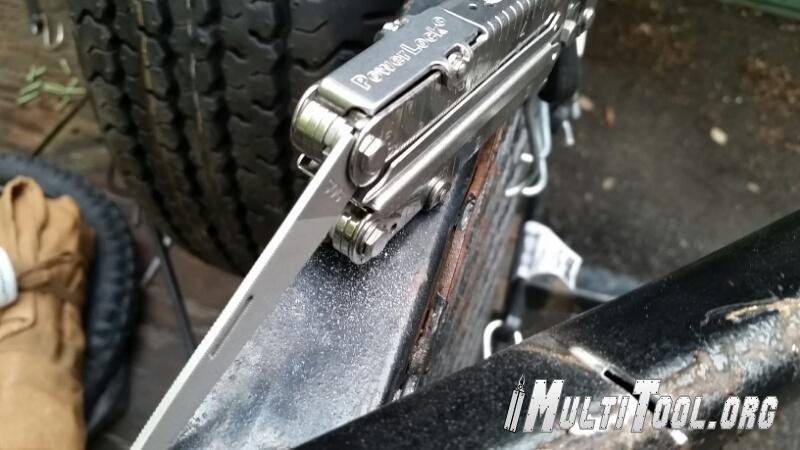 It is towable now and doesn't actually feel off center, although TBH I don't really have enough experience hauling a trailer on a bike that I wouldn't necessarily know if it was or not.

I jumped a few curbs with it and the deck boards came loose so I may decide to use some U brackets or bolts to lock them down. Once I decide how long the hitch needs to be I also need to round it off so that it allows for easier turning without catching the rear wheel axle. It doesn't really seem to do that now, but I'm the paranoid type and once I have my grinder it will only take a minute to do.

All in all I'm pretty happy with it as it is now, and once I get my hands on some of my trusty power tools I will make it even better. 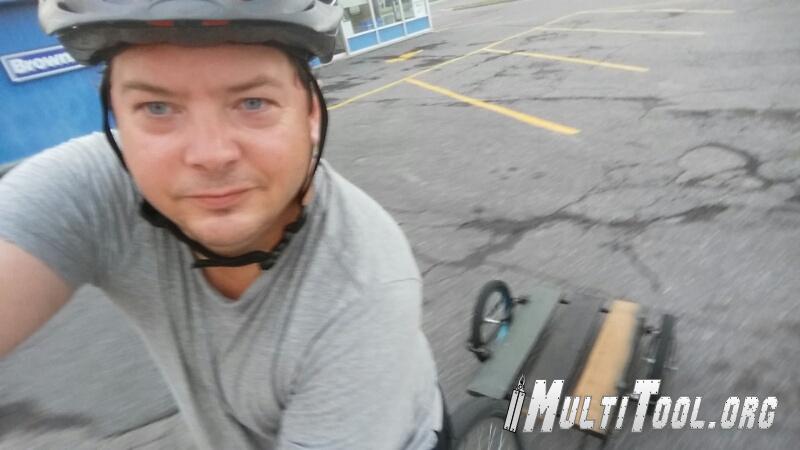 If you have any thoughts, questions or comments, feel free to have your say on our forum!

After ten years in operation, Multitool.org has grown into quite a monster.  For years I personally funded the site out of my own pocket, but as the site grew, so did the expenses.  In the old days we hosted the site for a mere $5/month, at least until we started crashing teh shared server package we were on.  We were given a polite but firm shove out the door from our first host, not because they were bad people, but because we were growing out of control for what they were providing us, and when we crashed the server we took out many other websites with us!

Some of you may be wondering why the sudden logo change at the top of the page- it is in response to some very bad news I got last night.  One of our early members, and serious Leatherman and Victorinox collectors, Joe Wright, aka JoeBW on ours and other forums has passed away.

Published in Blog
Tagged under
Read more...
Page 9 of 11
Interested in this or a different tool and still have more questions?
Why not join us over on the Multitool.org Forum where our community can help you find what you're looking for!