Anybody ever handled one of these NaviTools? They are kinda big and clunky. Certainly not the sort of thing you could carry around unnoticed. 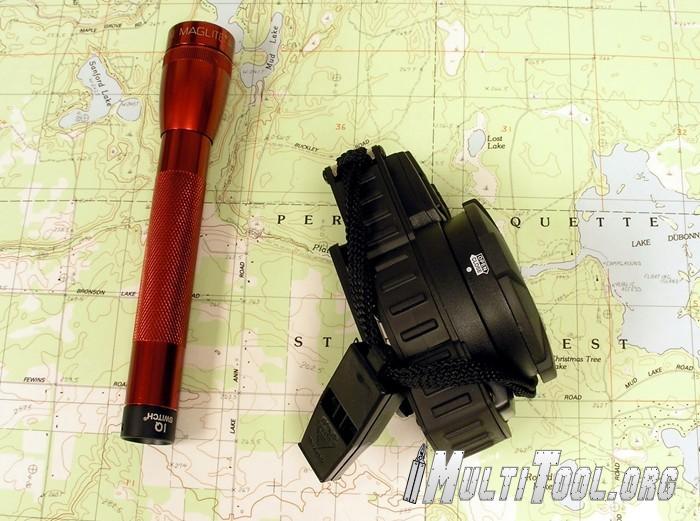 If I remember correctly, Schrade brought out the NaviTool about five years ago. It got a lot of press (as did the more expensive i-Quip) but I don't think many folks were interested. At $98 msrp, I most certainly wasn't. But with Schrade now out of business and the eBay price for these down to about $25, I picked one up mainly as a collector's item. 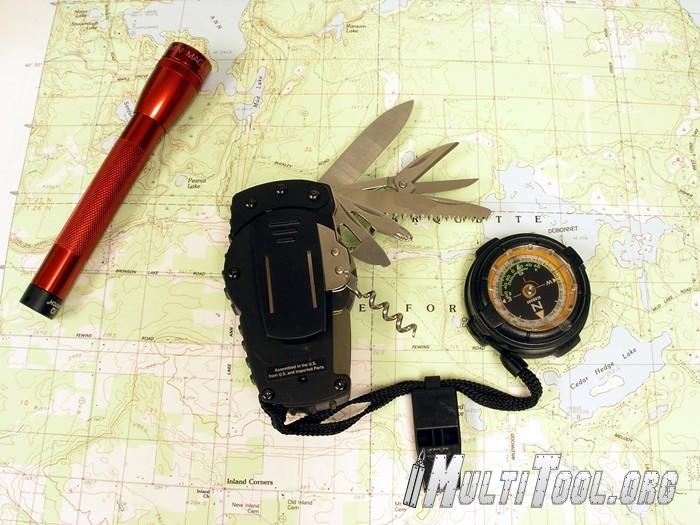 After handling it a bit this afternoon, I'm not thinking it will spend much time outside of it's cardboard box. It's just too fat. 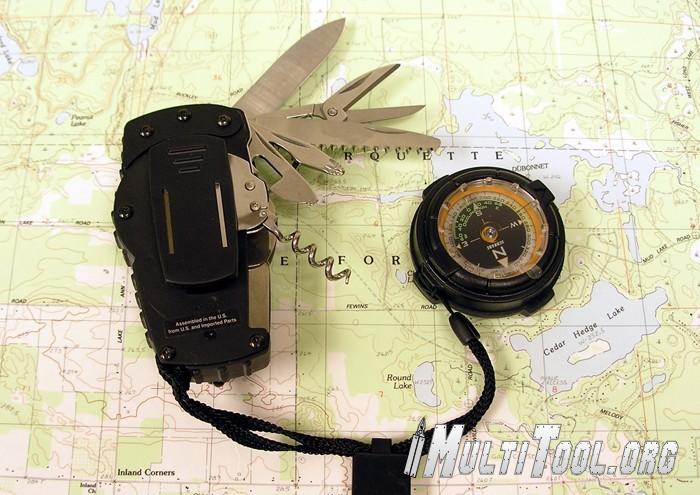 But enough about size, here's what it's got:
On the backside is a huge spring clip. I'm thinking it is designed for use on backpack straps or web gear, not pants pockets. On the top there is a liquid-filled compass. It detaches from the rest of the housing with a 1/8 turn twist-lock. A nylon lanyard secures the compass while it's disconnected, so you don't drop it.

On the side there is a bouquet of blades. Knife, scissors, saw blade, screwdrivers, and a corkscrew. All of the blades lock, and all release using the same mechanism as the Schrade Tough Tools. Unfortunately, the blades are almost unusable, given how clumsy it is to hold on to and manipulate the whole unit in order to use any of them. Oh well, I guess it's the thought that counts. 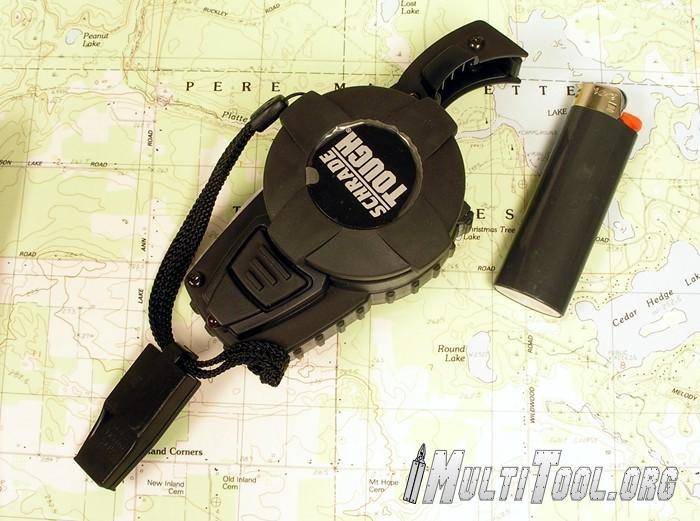 There is a compartment inside that is just right for a bic-style lighter. The compartment isn't waterproof though. And on the opposite end there is a little red LED signal light. Oh, and I almost forgot about the plastic whistle attached to the lanyard cord. 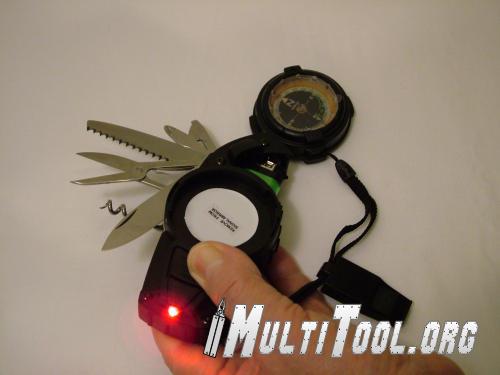 Oftentimes a device is more valuable than the sum of its parts. But not in this case. Rather than carry the NaviTool, I would prefer a separate compass, a whistle, a lighter, and a Swiss Army Knife.

More in this category: « Bear and Son Bear Jaws Review Coast Fishing Buddy Review »
back to top
Interested in this or a different tool and still have more questions?
Why not join us over on the Multitool.org Forum where our community can help you find what you're looking for!