There are a few multitools out there that define an evolutionary niche. Some are successful like Leatherman’s one handed opening Wave or locking Crunch pliers, and others were not, like SOG’s SwitchPlier or Leatherman’s MiniTool. The Pro Lock is firmly entrenched in the latter category but is no less important for it. As with most things, the successes can really only be measured by the not so successes. 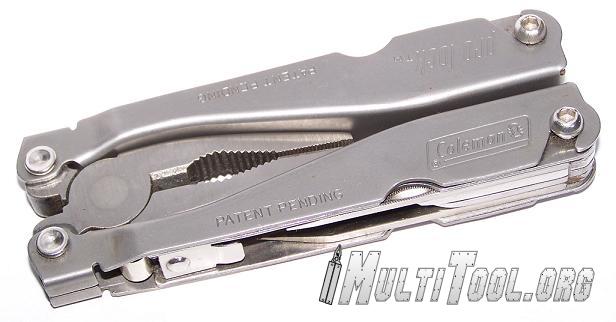 The Pro Lock’s claim to fame is it’s ability to swap tools, allowing it to be customized for virtually any situation. Or at least that would be the Pro Lock’s claim to fame if it had been successful enough to have additional cartridges manufactured for it. The concept passed so quickly that only the original cartridges that came with it were manufactured. However, the initial concept was that one would only have to purchase one multitool, and yet still have a specific tool available for each situation you may find yourself in. This was a fantastic idea on paper, but unfortunately in practice it falls short. The difficulty comes from the fact that the implements would be the most expensive part of the tool to manufacture, meaning that the replacement cartridges would likely end up costing almost as much as the extra tool you don’t have to buy because you got a Pro Lock! 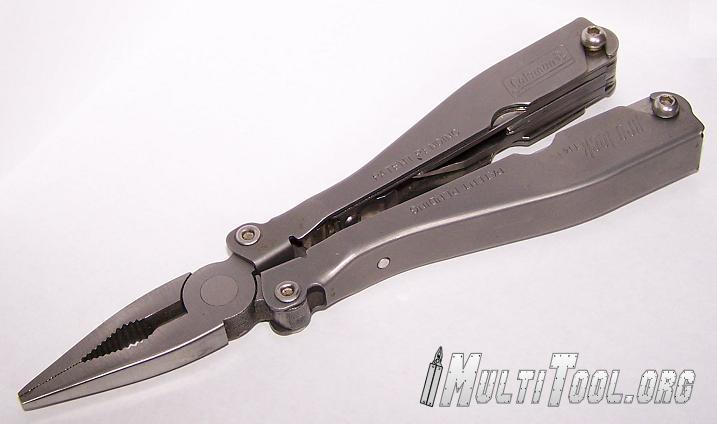 The tool itself is functional, coming equipped with the standard butterfly opening handles revealing a very typical semi needle nose plier head with integrated wire cutter. The handles are shaped similar to the ones found on the Schrade ST1 and are very comfortable. Tucked away inside the original issue cartridges are a clip pointed plain edged blade, can opener, two phillips drivers, a flathead screwdriver with wire stripping notch, wood saw, file and a clip pointed serrated blade. Not a bad tool selection for any multitool, however the implements are actually pretty poorly made. As with many low cost Asian import tools, the screwdrivers are very poor, the blades are workable, but only barely, and the wood saw seems like it would bind up trying to go through a cardboard tube from a roll of paper towel. In addition, despite the Pro Lock name, the implements do not lock open. 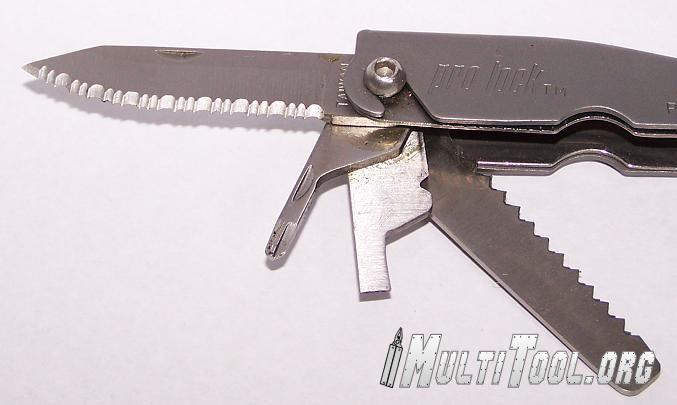 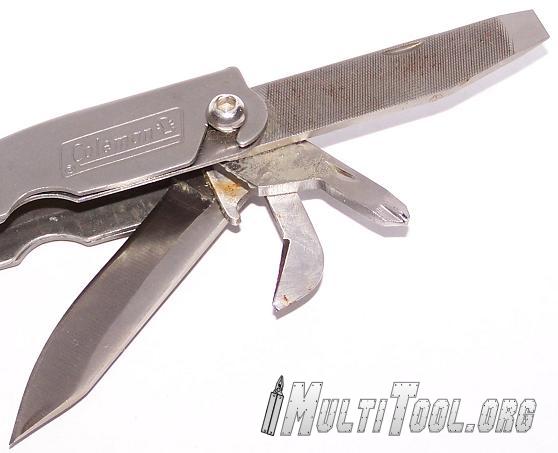 Even though the implements are substandard, the locking mechanism that keeps the cartridges secured inside the handles is quite ingenious and effective. The cartridges are released by opening a small lever, then using it to pop the end out, at which point the bolt at the opposite end can be slid out of the housing. To replace the cartridge, slide the bolt back into the cutouts in the handle and snap the lever end into place. It’s quite impressive in it’s simplicity and is very secure. 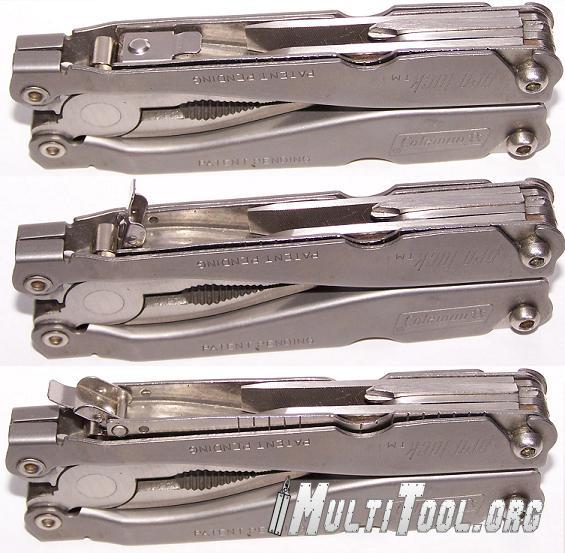 Overall, I wouldn’t suggest this tool for anyone who needs a tool they can use, as it’s one exceptional attribute is negated by the fact that there are no additional cartridges to replace the originals with. For the collector however, this tool is an absolute must due to it’s relative rarity and it’s unique design. 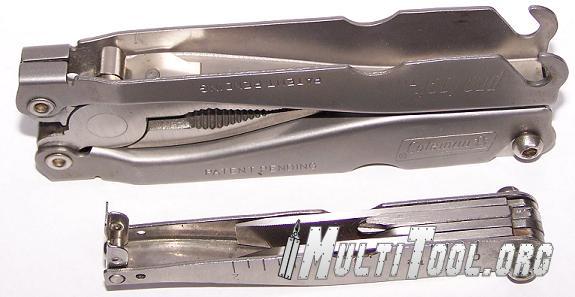 More in this category: « Spyderco SpyderWrench/ByrdWrench Review ResQMe Review »
back to top
Interested in this or a different tool and still have more questions?
Why not join us over on the Multitool.org Forum where our community can help you find what you're looking for!