The first hurdle a person faces when trying to get their hands on an Atwood tool is the fact they are not mass produced. Because they are not manufactured in a big shop they are much harder to find. Peter’s tools are made by hand in his shop and they are only available through his website or through some third party vendors and folks reselling them. You have to keep you eyes peeled and time it just right to have your chance at purchasing an Atwood. When and if you do find some Atwood’s to buy you have your next hurdle; price. Because Atwood tools are custom hand crafted pieces, the cost of them is reflected in the hard work that is put into them. When purchasing your first Atwood piece you probably want to start out small and then work your way up. Course there are those folks who have one particular tool in mind and won’t accept any substitutes. 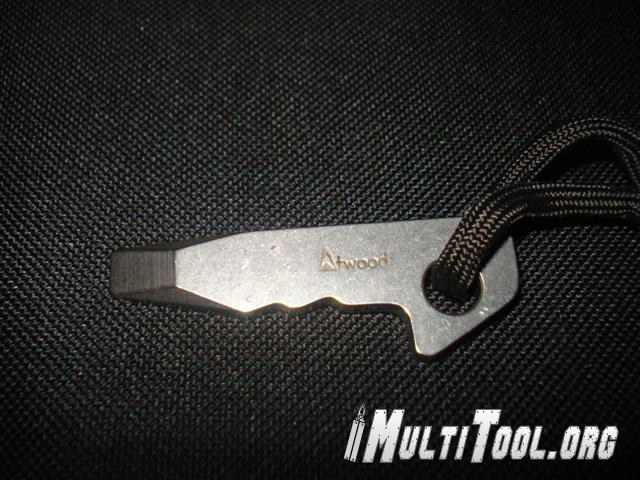 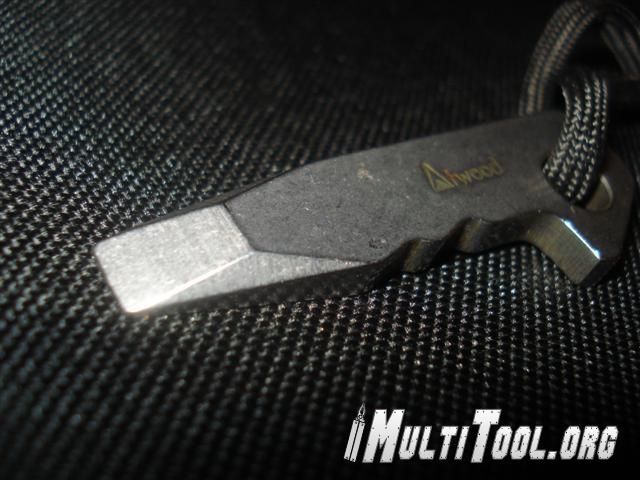 The choice us up to you, but a nice beginner tool for any Atwood collector or user is the Keyton. The Keyton is Peter’s adaptation of a rock climber’s tool called a piton. A piton is a tool that has a spike at one end that is driven into a rock surface so the climber can attach ropes or carabineers to an anchor point. The piton also has a ring or a hole in the end in which those attachments can be hooked into. The Keyton is Peter’s loose interpretation of the piton and is defiantly not used for climbing. The Keyton is flat on the bottom like most Atwood tools and is a single piece that does not have any fancy cutouts or extra tools. It’s probably one of the more basic designs and even though simple in design, it’s quite good at doing what it’s made to do. 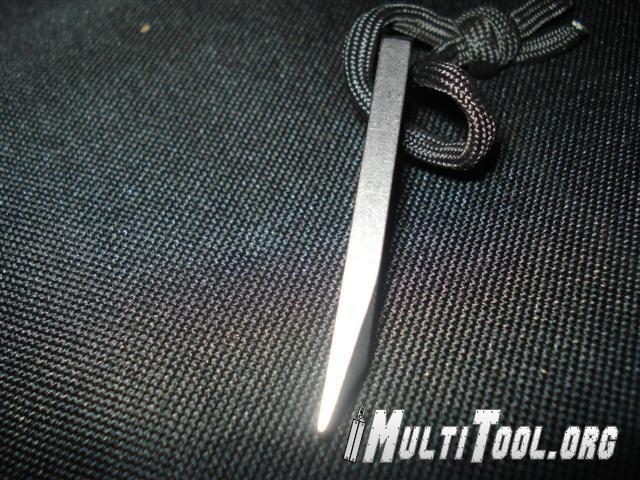 Due to its small size the Keyton rides exceptionally well on a key ring. It’s not bulky but it is rather thick for such a small tool. Peter focused on its single purpose and made sure that for its size it could be up to the task. The main job of the Keyton is prying, it can pry with the best of them and it also can be used as a flat screwdriver in a pinch. Using it as a driver though is probably limited due to the tool being thick and not able to fit most screw sizes. 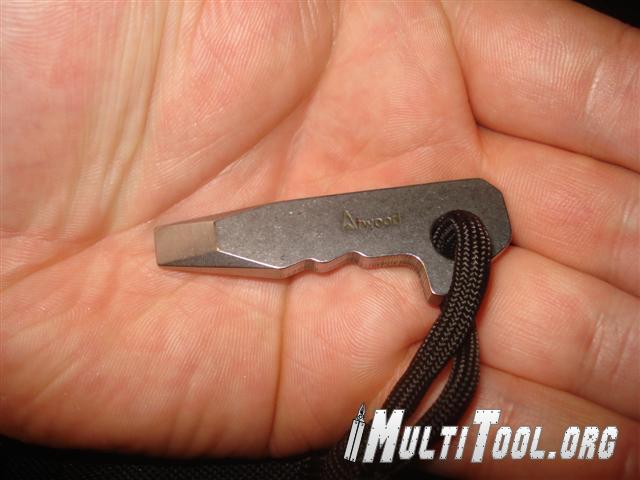 Artistic in design and simple in function the Keyton is a real nice basic tool for beginners. When they are available from Peter’s blog the Keytons can be had for under $40 and are just enough to wet your appetite and have you come back for more. The Keyton is mostly overlooked by folks simply because it doesn’t have a lot of functions. I urge folks who don’t have any Atwood tools to look into getting a Keyton for their collection. It won’t exactly break the bank and they are much easier to find that most other Atwood models. If you willing to take the plunge then check out the Keyton, you will surely be hooked.