Peter Atwood has a knack for designing tools that are quite functional but with a bit of unusual thrown in for good measure. I like his designs in respect that he is not afraid to think outside of the box. The Crawdaddy as it's called is one of those designs. It takes it's cue from some of the wrench designs mixed in with a sense of artistic flair. 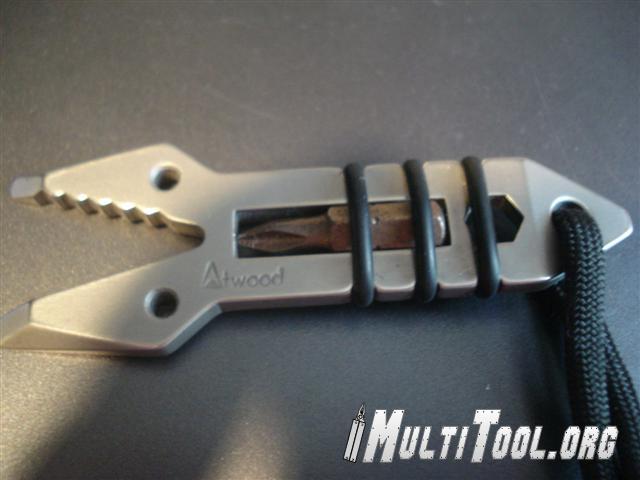 The Crawdaddy get it's name from it's unusual likeness to a crayfish. What separates the Crawdaddy from the other wrench designs, is the fact the wider part of the wrench is open rather than closed. I don't see any design drawbacks except for there might be some strength being compromised because of the lack of a connection between the teeth that grabs the largest size nut. The steel is thick enough that it should not break even though there is no closing connection at the end. Peter must have thought out possible design issues and it confident that if it fails it's due to the tool being used beyond it's limits. 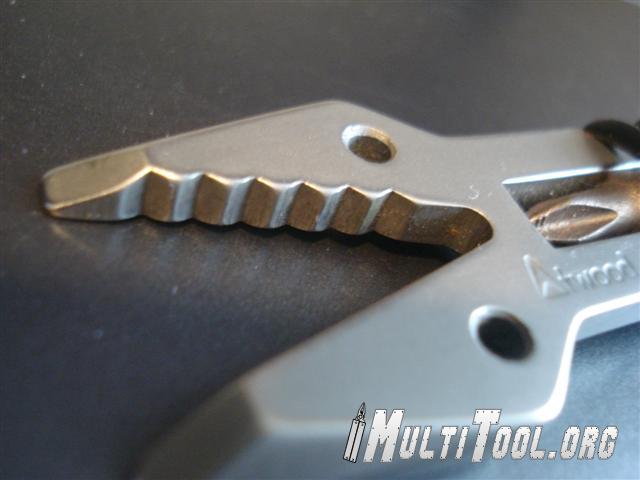 The Crawdaddy is another model which sports Peter's captive bit system. This system uses a cutout in the frame of the tool that allows the placement of a 1/4 inch hex bit driver. The bit is held in place by two rubber O rings and they grab the bit tight so the only way it's coming out is if you want it to. When you want to remove the bit you twist or flex the rings so the bit points away from the frame and you pull the bit out. To use the hex bit you place it in the 1/4 hex opening at the end of the tool. You push aside the rubber O ring that partly covers the hole and insert the bit. The bit itself when being used is held in place by the friction of the rubber O rings and your thumb at the rear of the bit being used. It's a rather effective and ingenious way to incorporate a Phillips head driver or any driver for that fact into a compact one piece tool. 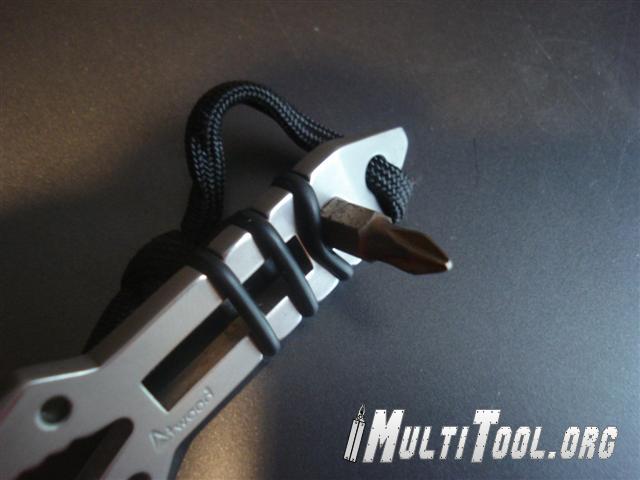 As far as prying in general goes, the tool works out pretty good in that field. The tool features a large angled pry surface at the front of the tool where the forks are located and another small one at the rear. The front forks are actually angled pretty steep and this allows you to get quite a bit of leverage for such a flat tool. The rear actually is pretty small and appears useless but it also can function as a Phillips diver for #2 screws when your too lazy to take the captive bit out. 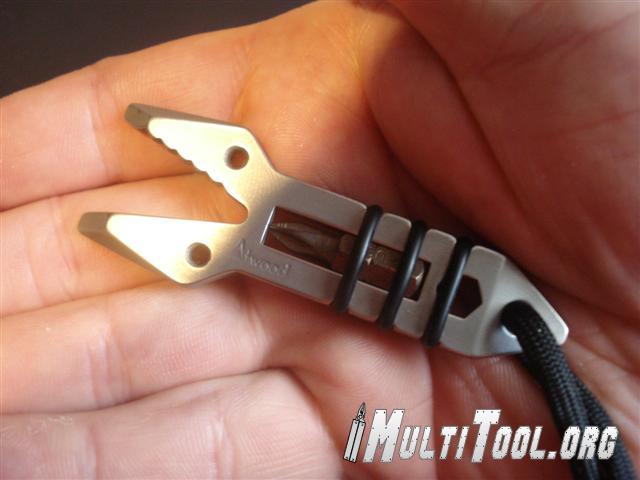 The Atwood Crawdaddy works well in most of the jobs I have put it up against, but I have one complaint about it. Peter offers his tools in a variety of finishes and some are better when it comes to wear and tear including corrosion. Mine has a satin bead blast type finish and I have to keep after it to make sure it doesn't get any spots of rust on it. As far as functionality goes the Crawdaddy is hard to beat. It's a heck of a tool in a convenient package that can handle a variety of tasks.