Gerber's Shard model is the little brother to their Artifact, and despite being about half the weight of the Artifact , the Shard is only marginally less functional. 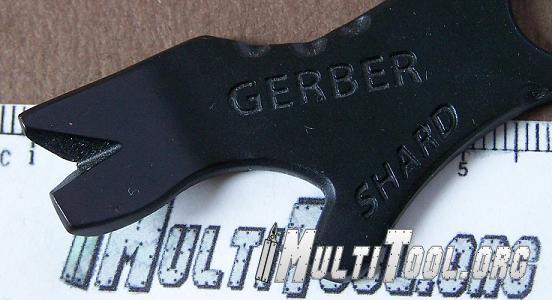 Like the Artifact, the Shard is based on the concept of a small pry bar, similar to many of Peter Atwood's designs.  Gerber's Shard model is somewhat more ergonomic than either Atwood's models or even it's bigger brother.  The main difference between the Artifact and the Shard is that the Shard doesn't have a blade, but it's not simply a matter of leaving the blade off.  While the Shard may be reminiscent, it has a shape of it's own and features extra contours and jimping in key areas to make it more comfortable to use despite it's size. 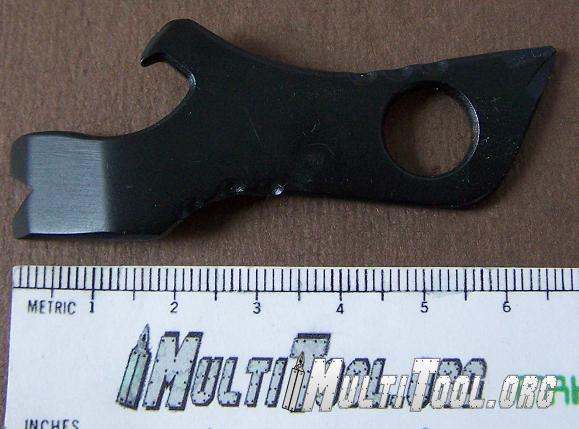 The Shard is too short for any heavy duty prying, but is likely to be infinitely more functional than he blade or screwdriver that is likely to be used in the absence of a pry bar.  The pry bar blade has a notch in it for pulling nails, adding to it's usefulness, but again, longer or thicker nails may prove more than a match for the Shard. 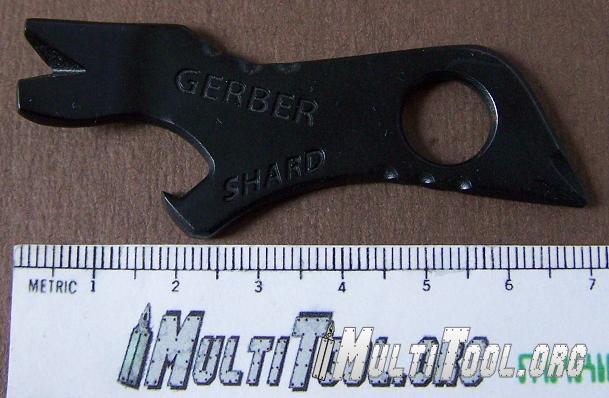 The bottle opener on the Shard is quite useful, and perhaps one of the best bottle openers on any of Gerber's tools, and perhaps even better than the similar opener on the Artifact, due to the afore mentioned jimping on the handle, adding increased grip.  I still wouldn't recommend this tool to a bartender, but it would more than well enough for just about any normal use.

On the backside of the Shard is a small phillips screwdriver, which is basically a small point with short side tines.  It's offset a little bit allowing it to get at hard to reach screws better than the Artifact, such as the screws in the base of a doorknob.  Of course these are the kinds of jobs a small key chain type tool like the Shard would excel at anyway, since it's likely to be with you and easily accessible when going through the door.  It also allows you to deal with more stubborn screws since the offset gives you some extra leverage over an inline screwdriver.  Even so, I'd still like to see a flathead in it's place to increase it's versatility even more.

One other distinguishing feature of the Shard that helps reduce it's overall size is the small, outer keyring on the Shard has been removed and instead a sizable hole has been drilled right in the middle of the Shard's body.  This gives you more options for carrying the Shard and also aids in gripping the Shard as the pads of your hands or fingers can find purchase in it. 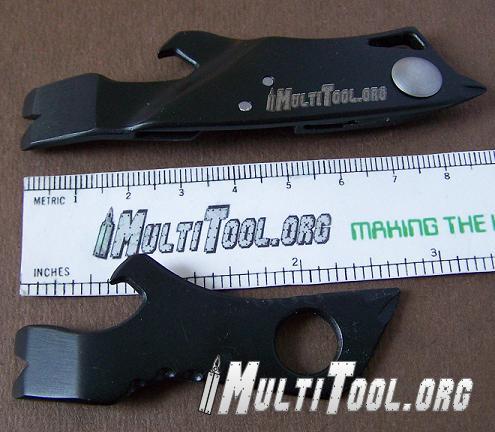 Overall the Shard is a great little tool, and even better for people who either don't need or want a knife blade.  It's a perfect tool for workplaces that do not approve of blades as there are no sharps on it at all, but still offers a few options for off the cuff repairs.  As much as I like the hole in the handle, I think I would rather see a number of small hexagonal cutouts instead so it could be used as a wrench for computer case screws, 1/4” screwdriver bits and the like.  Still, it's a nice tool, and I would recommend it for anyone, especially in the current blade paranoid society.  The Shard is a hard tool for anyone to take offense to, and at the absurdly low price (expected to be around $10) the Shard would make a great gift for just about anyone.

More in this category: « Gerber Flik Review Gerber Artifact Review »
back to top
Interested in this or a different tool and still have more questions?
Why not join us over on the Multitool.org Forum where our community can help you find what you're looking for!