Gerber has kind of a soft spot in me even though I don’t own a lot, I own more Victorinox than anything else. But what got me started was a Gerber Multi-Lite; then later on I graduated to a Compact Sport 400. I was content with the 400, the one hand opening was cool and the tool suited my needs. Then one day I go into the hardware store and I was introduced to the new breed of Gerber tools, the Gerber Legend. The Legend and it’s brother the Urban Legend set a benchmark in Gerber’s life where they wanted to try something different and play with ergonomics as well. I saved up and paid more than I care to admit on that tool and I thought it was the hottest thing out there (this is before I found out about the LM Wave). 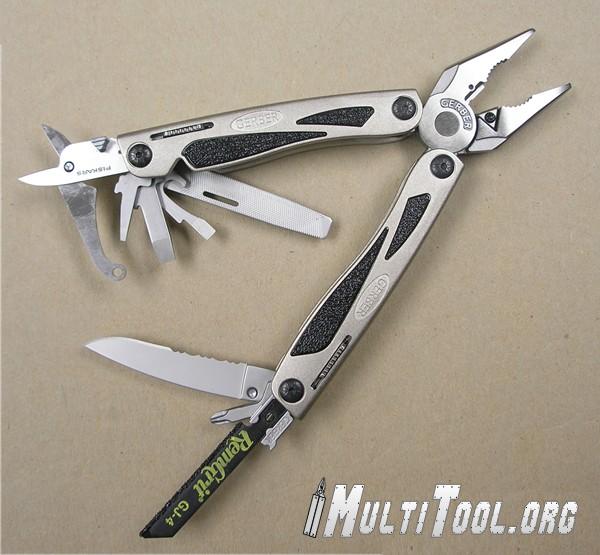 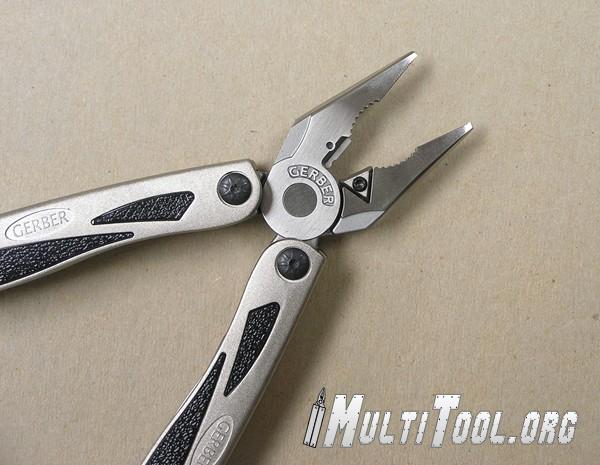 To start off the new trend Gerber uses anodized aluminum as their handle material instead of bead blasted stainless steel. The aluminum handles are contoured for that ergo grip we were always looking for and they are embedded with these triangular rubber inserts that Gerber refers to as Gator-Tex. On the average the inserts didn’t help out as much as they claimed too. Even in wet conditions the worked but very little, I figure with all that aluminum they wanted some kind of grip for the user. I found it just made the tool harder to take out of the sheath and that was about it. 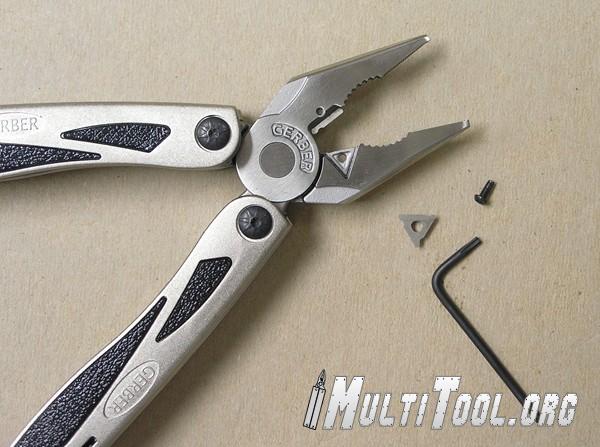 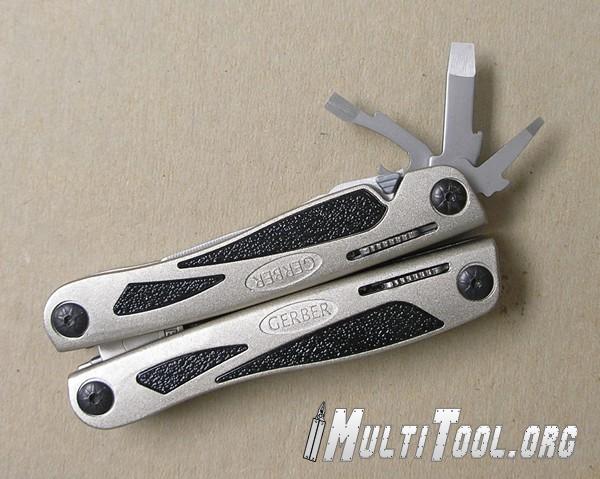 There are also three new innovations in their plier head design. Having a diamond shaped head you get more strength in the pliers, also having the jaws spring loaded is a kicker too. But what’s really neat is the 3-sided replaceable Tungsten Carbide wire cutters. If your cutters get ruined you just rotate them rather then send the tool in for service. And since they are three sided you get three chances to mess them up, then you can just replace them all together. I found out however that the tungsten carbide bits are so hard that they chip easily. I personally ruined a set of cutting a gauge of steel cable that the cutters should have more than handled. Spring loaded pliers like I mentioned are a good idea, it reduced fatigue and stress by requiring you to not work as hard. But the tool itself is so massive that when the pliers are fully open I have a hard time wrapping my hand around them. 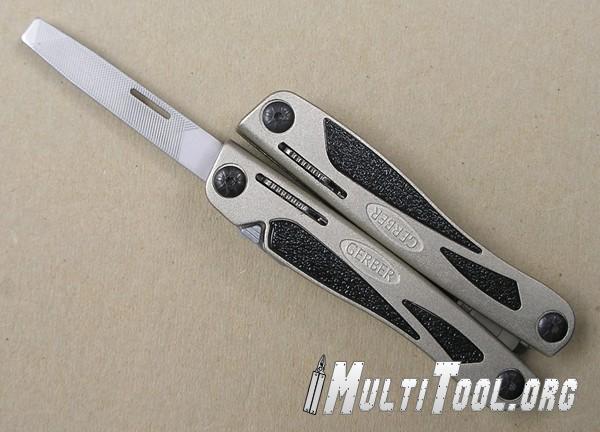 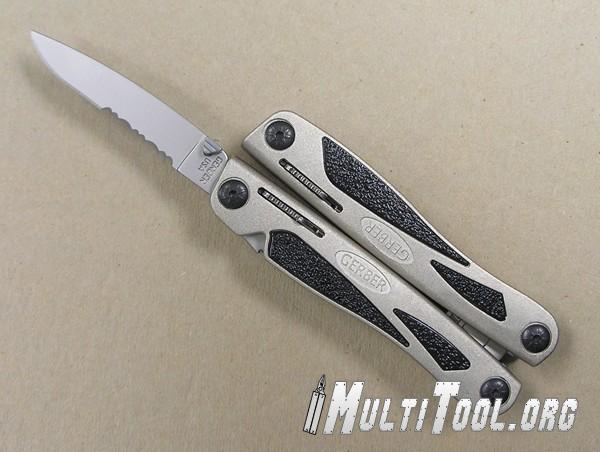 The one major selling point that got me hooked on the tool was that all the tools could be accessed from the tool in the closed position. It was a revolution in the making, you no longer had to flick your wrist to get the tools you need but rather have them at your finger tips. And to boot, you get a one hand opening combo blade and Fiskar scissors! Could it get any better than that? 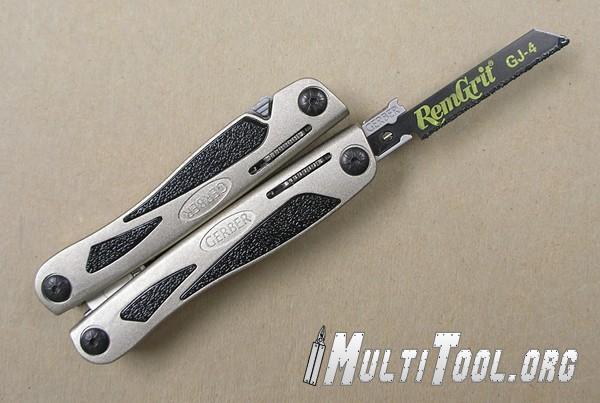 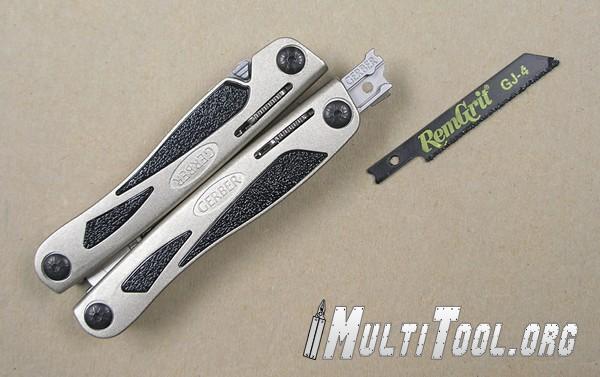 The fully accessible toolbox includes (besides the knife and scissors) a Phillips head screwdriver, 3 flat heads, a can opener, two sided file and the mother of all inventions, the Gerber saw coupler. The saw coupler (adapter) takes any replaceable hacksaw blades, this is an amazing concept in itself. Gerber seems to be leaning more towards making things replaceable maybe? Anyways the saw that comes with the Legend is a Remgrit all purpose saw, works well on just about everything but wood. Good for plastic and other man made materials, but wood just gums it all up, hence the reason why it’s replaceable. 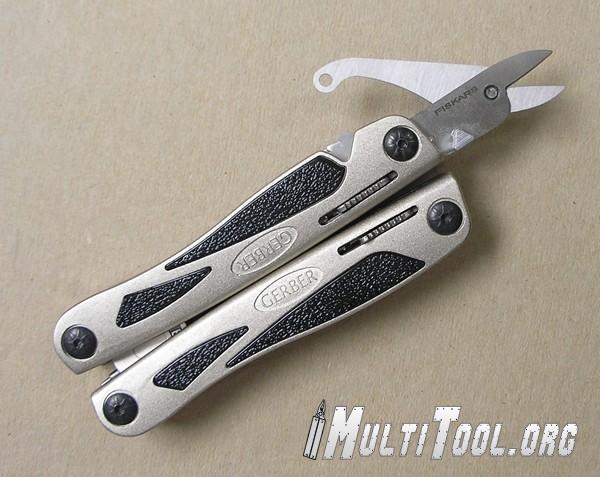 All in all the Legend is a great tool in a fantastic package, they decided to break away from their “traditional” style and be bold and innovative. That is one thing that drives the industry; the quest to build better and more user friendly tools. It’s not perfect and it’s no Swisstool but it’s darn good for a Gerber product.

More in this category: « Gerber Suspension Review Gerber Nautilus Review »
back to top
Interested in this or a different tool and still have more questions?
Why not join us over on the Multitool.org Forum where our community can help you find what you're looking for!