When it comes to keychain tools, there are two distinct camps- the ones that try to pack as many features into a small package as possible, and the ones that put only a few, more effective features in. The thought behind both concepts is sound- by giving more features, it's more likely you will have what you need when you need it.By going with less features, you can minimize manufacturing costs and make certain that the tool will perform it's functions more effectively. 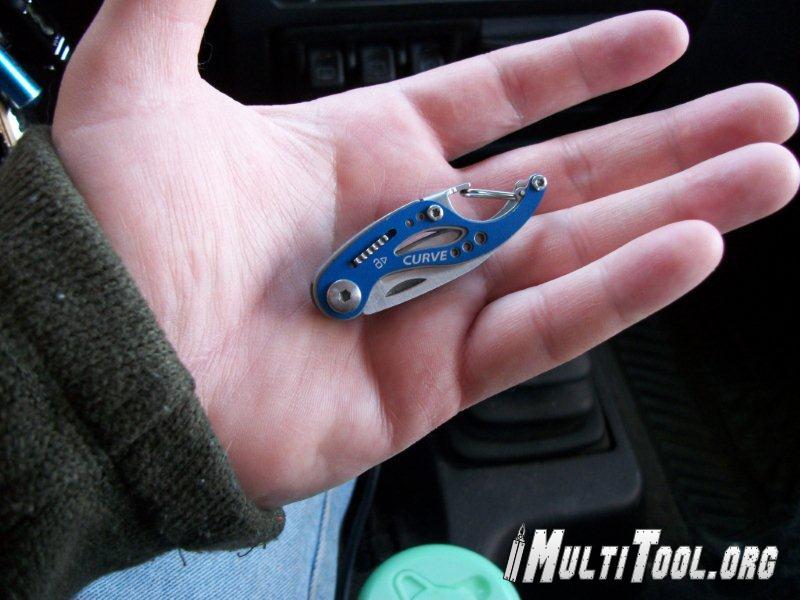 Gerber's new Curve tools is a way of trying to incorporate more features than many small tools, and yet still retain the simplicity of design, as well as convenience so someone is more likely to carry it.It's a simple frame consisting of two side slabs and some posts to hold them together.The slabs are cut in such a way as to incorporate a carabiner, which also doubles as a bottle opener.Between the slabs are four small fold out implements, a knife blade, two flathead screwdrivers and a nail file/flattened phillips driver.What really makes the Curve different from just about all other keychain tools is that each of these implements locks open using Gerber's standard SAF-T-LOK system. 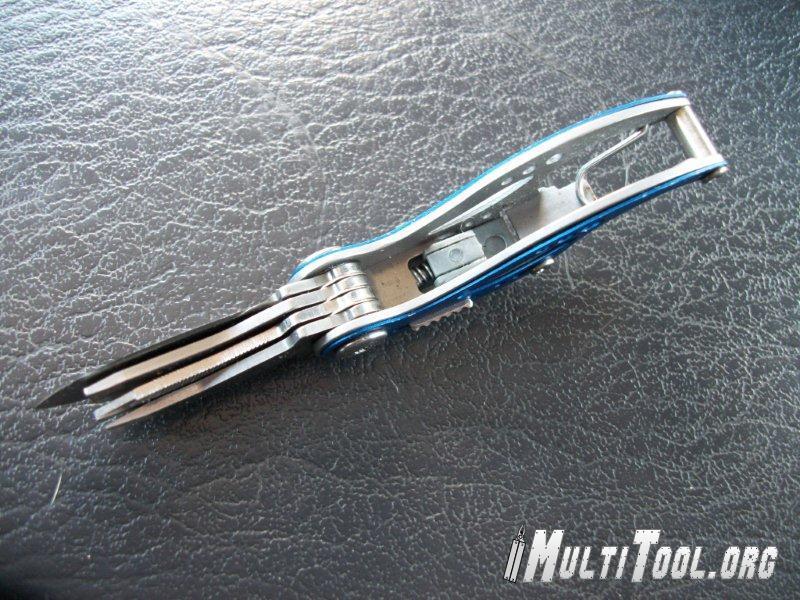 For the most part, the folding tools are very similar to the ones found on larger Gerber models, and indeed it seems as if the flat heads were actually taken straight from the large tools parts bin.They give an effective amount of reach, although it is negated somewhat by the large nicks used to pull them out.Personally I think that's a small worry, as the difference is minor, and let's face it, it doesn't matter how effective the screwdriver is if you can't access it when you need it! 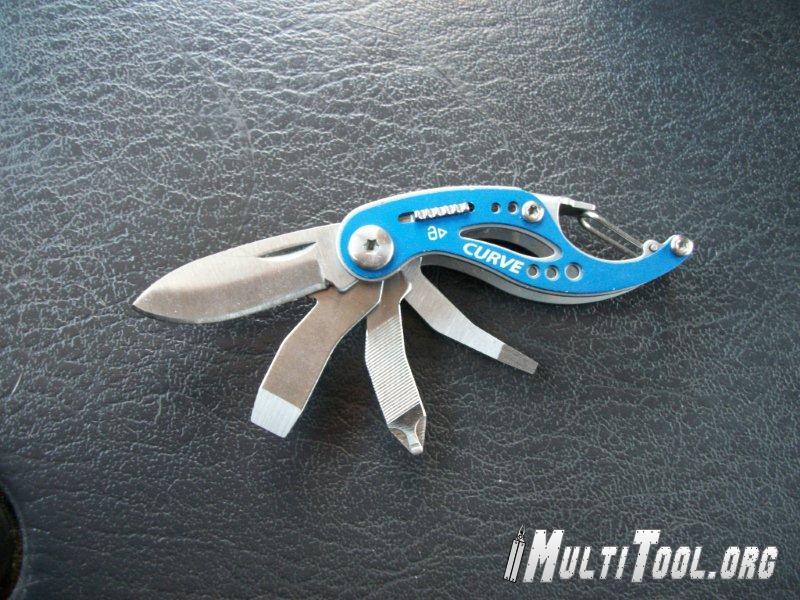 A word about the two flatheads though- I would like to have seen one or both integrated into some other type of tool- how hard would it have been to turn one into a can opener with the small driver on the tip like a Victorinox or SOG type design?  Some folks like multiple dedicated flatheads, but I see a dedicated flathead as a place that could have been used for additional functions. 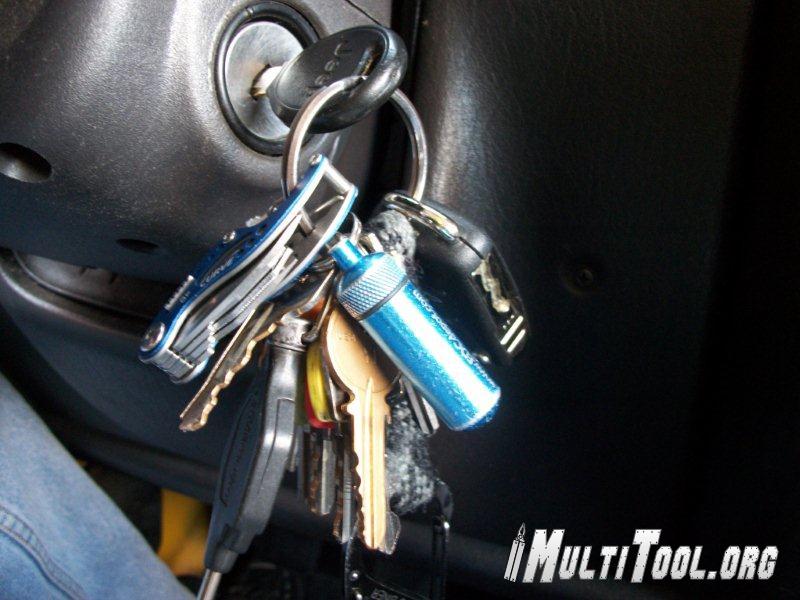 The phillips driver is very similar again to the ones found on the larger models, only shrunken down to fit in the small Curve body.It is pretty much the same design as all the other ones- effective enough, but not something you'd want to rely on.Still, as a small tool, I wouldn't suggest you rely on it too much anyway, as this entire category is designed for quick, simple jobs, not for anything major.The file attached to it is similarly adequate for small needs, and should not be used for shaping marble or any other heavy jobs.It works well enough for rounding off broken fingernails or as a rough surface for lighting matches.It's a double sided file, with different “grits” on either side, which is a very nice touch. 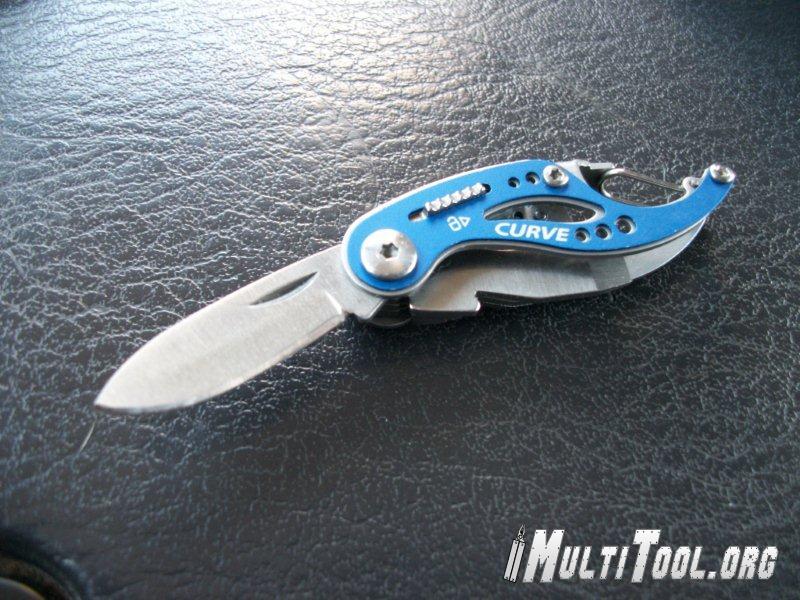 One thing I really like about the Curve is that even though it is a very small package, it includes an almost unreasonably large blade.In fact, it's hard to believe that such a robust little knife blade fits inside such a small package.It is very close in size to the broad blade found in Columbia River Knife & Tool's Cicada multitool, although the Curve is overall about half the size of the Cicada.There's no attempt to make the blade one handed opening or do any other fanciness with it- it has a nice nail nick to open it, locks in place, and is easily released with the SAF-T-LOK when it's done.Simple and elegant- you have to hand it to Gerber on this one. 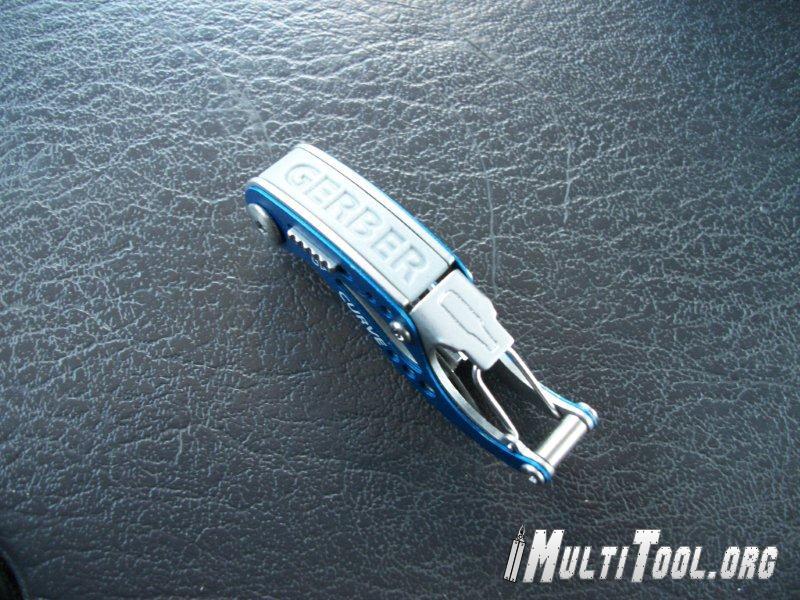 Overall, Gerber has far surpassed the requirements for a small keychain tool- it is quite functional, quite simple, has a number of features, and yet still retains a very modest price tag.While the Curve may not have met with great fanfare, it is a very worthwhile tool, and at the price, it should be able to find it's way onto almost every keyring out there.In addition, it comes in a number of different colors, and two styles- a standard version with a fancy cutout in the frame, and an corporate markets version without the cutout to allow more surface area for logos and other markings.This is one of those tools that I'm really going to have to nitpick to come up with three cons.There are things I'm not a huge fan of, like the flat phillips and two flathead drivers, but all in all, they are minor on such a small tool.As mentioned above, it's not meant for anything heavy, and as such, any function is effective enough. 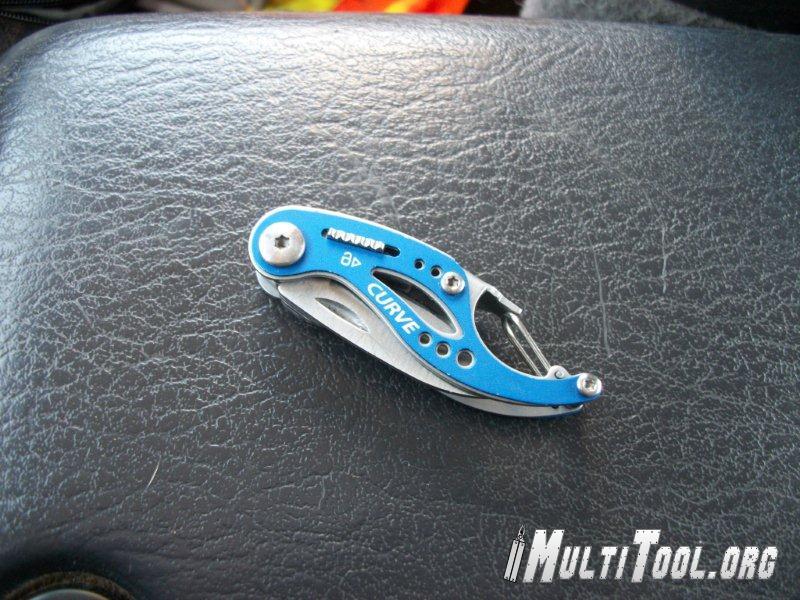 More in this category: « Gerber Strata Review Gerber Fit Review »
back to top
Interested in this or a different tool and still have more questions?
Why not join us over on the Multitool.org Forum where our community can help you find what you're looking for!