The Dark Side of Mods 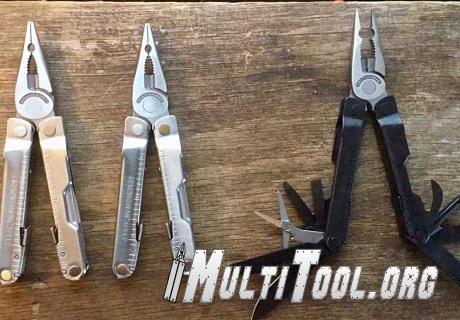 Some time ago I had written about the value of a modded tool, and the short version is that I had come up with an equation that I use to determine what a mod is worth to me. With so many modders out there these days, many of which charging an exorbitant fee for their services, it seemed like a good idea at the time.

This was meant as a loose guideline to help folks get into the ballpark of what something was worth, and, in short, it looks something like this:

There are a couple of reasons that I am bringing this up again- one is to help out the folks that haven’t seen it (“what is it worth?” is still one of the most asked questions) and another is to address something I found on Facebook the other day.

An online dealer, whom I have followed for some time, has listed some items from Texas Toolcrafters, a company that has had great success in manufacturing components for modifying tools, as well as modifying tools for resale. Some time ago we reported that Leatherman had to issue a cease and desist order to TTC because they were using Leatherman trademarks unfairly.

But that’s beside the point- the bit I want to address is these particular tools, which are listed as custom tools from TTC, and selling as customized tools for $80, or in the case of one that is listed as “slightly torqued” (whatever that means) $75. This seems interesting on the surface, but a quick look will show that the tools have actually been downgraded.

Let’s first establish that a Leatherman Rebar carries an MSRP of $59.95, as seen on Leatherman’s website. As we know from past experiences, MSRP is often a lot higher than what a tool actually sells for, so in reality the Rebar has a street price of around $50, conservatively speaking.

Next, let’s point out that the main interest in the Rebar is the replaceable carbide cutter inserts in the head. While the Rebar is a good tool in it’s own right, I think it’s fair to say that it’s main success is due to it’s upgraded plier head.

We also know that there is a significant amount of interest in that pier head being made available on other tools, like the older Waves and Charges and so on, which is why Leatherman has finally released the Charge + and Wave +, which are virtually identical to previous models, only with replaceable wire cutters, similar to the ones found on the Rebar series.

By replacing the heavier, more versatile plier head with the less desirable version (presumably to gather a higher resale price on older Charges and Waves with the upgraded heads), one has to wonder how TTC would justify a 50% increase in pricing to get all of the less desirable functions available on a Leatherman tool?

Especially, when there is no warranty coverage? This puts me in mind of the old Arnold Schwarzenegger/ Danny DeVito movie Twins, where DeVito was the result of all of the leftover genetic garbage, while the other brother is the shining example of the epitome of humankind.

I don’t like crapping on other businesses, but in this case I really feel like these guys need to be called out for this one. People need to be aware that they are getting the leftover parts, and, after the profit made on the upgraded versions of the Charges and/or Waves they have made with the better components, I feel like this is just taking advantage of people, and I just cannot be on board with that.

I have dealt with the guys at TTC previously, and I have nothing against them, but guys, if you are reading this, this isn’t cool. It hurts your reputation and that of every other hard working modder out there.  I know I for one wouldn't pay a premium price for leftovers, and I don't think anyone else should either.

If you have any thoughts or comments on this, feel free to discuss it in our forum or email me at This email address is being protected from spambots. You need JavaScript enabled to view it. any time.

More in this category: « Friendly Skies? Nope. July Donation Draw »
back to top
Interested in this or a different tool and still have more questions?
Why not join us over on the Multitool.org Forum where our community can help you find what you're looking for!