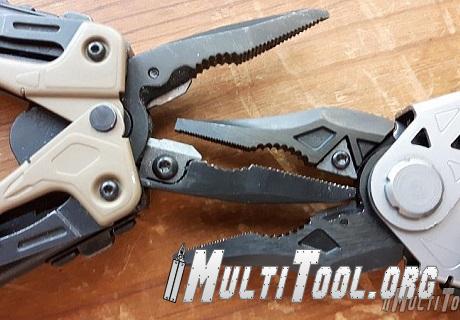 Yesterday I brought you the first part of the epic battle between the Gerber Center-Drive and the Leatherman One Hand Tool.  When the smoke cleared from Round 1, Leatherman stepped out with three points, completely shutting out Gerber and their Center-Drive.  With that much of a lead right out of the gates, can Gerber come back?  The contest is far from over, so let's find out in Round 2.

Both the Center-Drive and One Hand Tool (OHT) have similar pliers in that they are both of the sliding head variety, both have removable/replaceable wire cutters and both are sprung, which means when the handles are released, the pliers spring open. 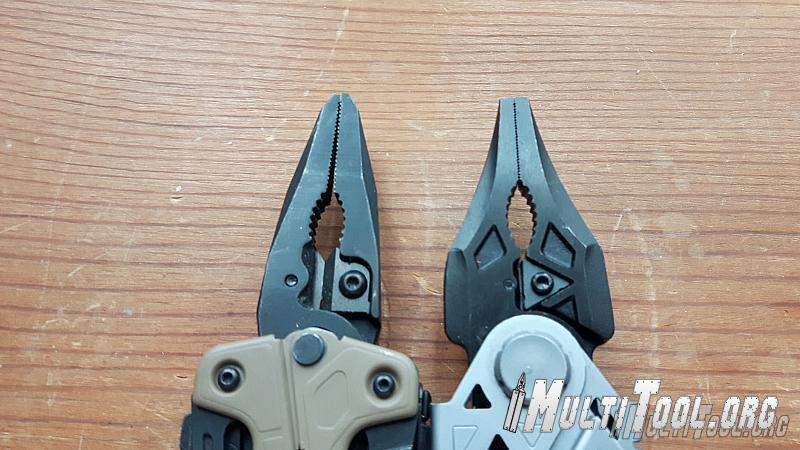 The OHT head is much thinner than the Center-Drive's head, and seems very disproportionate to the handles. Additionally, the percentage of the head that is cut out to accommodate the replaceable cutters is more significant on the OHT than the more robust head of the Center-Drive, potentially providing a weak point during hard use. The first point goes to Gerber.

The OHT does have a slightly greater surface area on the cutters, which would be an advantage, but the Gerber cutters can be rotated to present a fresh surface when one surface gets dull or damaged. This provides the Center-Drive with a longer potential lifespan than the OHT cutters. Another point to Gerber. 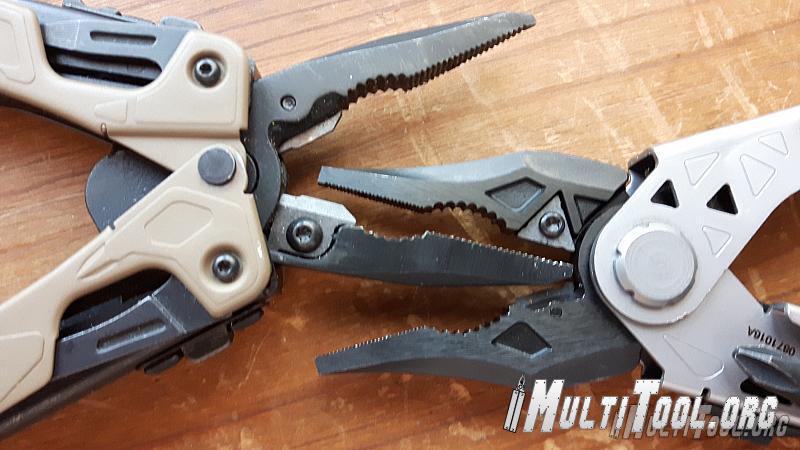 When it comes to replacement costs, the Center-Drive cutters cost over twice as much as the Leatherman versions, at $23 for Gerber and $10-$10.50 for Leatherman, depending on whether you want stainless or black oxide. Given that Gerber has almost three times the potential lifespan, I feel that this evens out. 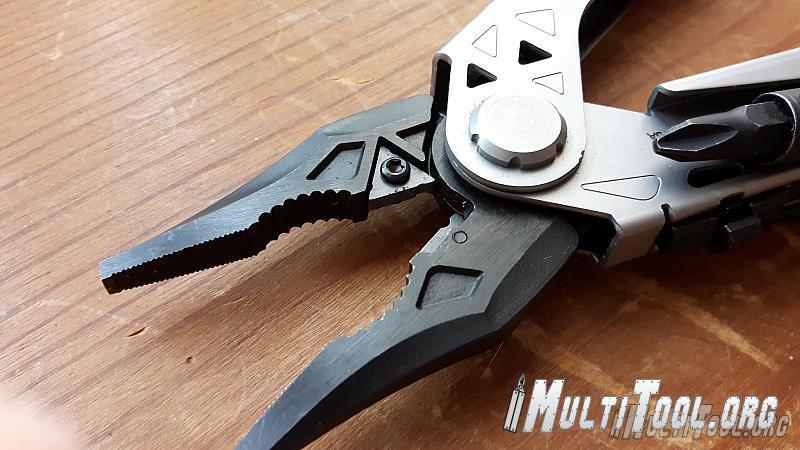 Both sets of replacement cutters come with two blades (complete set), replacement screws and a #8 Torx Wrench to perform the replacement with. It is noteworthy that Gerber includes four screws, while Leatherman only includes two. This could be a benefit, as screws have a habit of falling and getting lost, but could also be considered excessive as you still have the original two screws in the tool to begin with. This is a marginal point for Gerber. 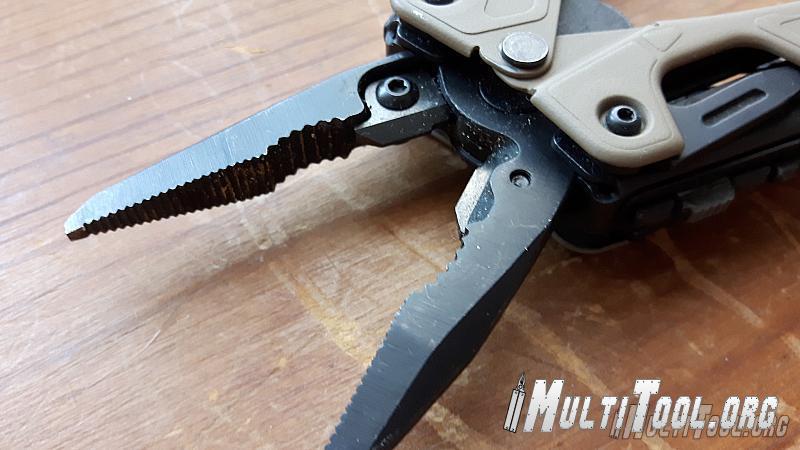 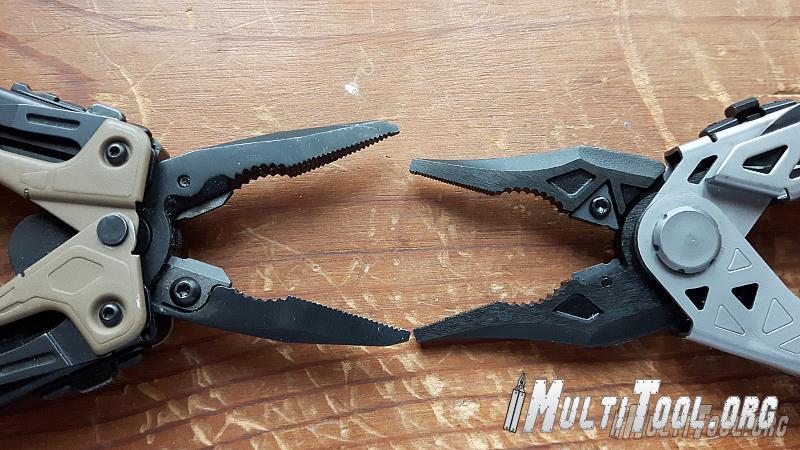 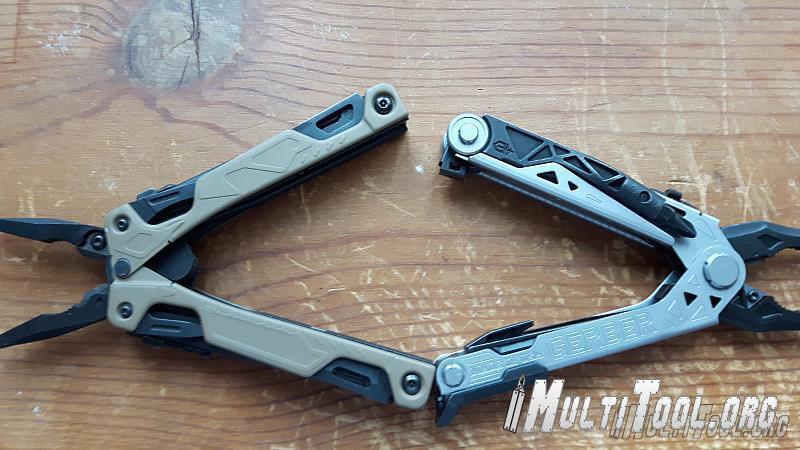 Conversely to the comment above, the OHT handles also open significantly wider than the Center-Drive's handles, which makes them less comfortable to use for those with smaller hands, and limits the benefits of the wider opening plier head. If one's hands don't stretch that far then the pliers cannot be used in the fully open position. 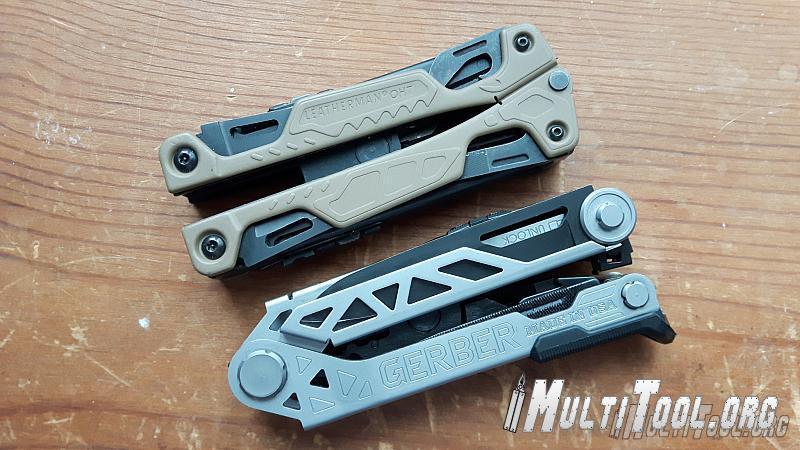 Further, the Center-Drive's handles are actually thinner than those of the OHT, allowing them to be gripped better, and the width point that Leatherman won in Part 1 for being smaller was actually due to the large lanyard ring adding to the Center-Drive's width. The Center-Drive takes another point for actually being more comfortable to use. 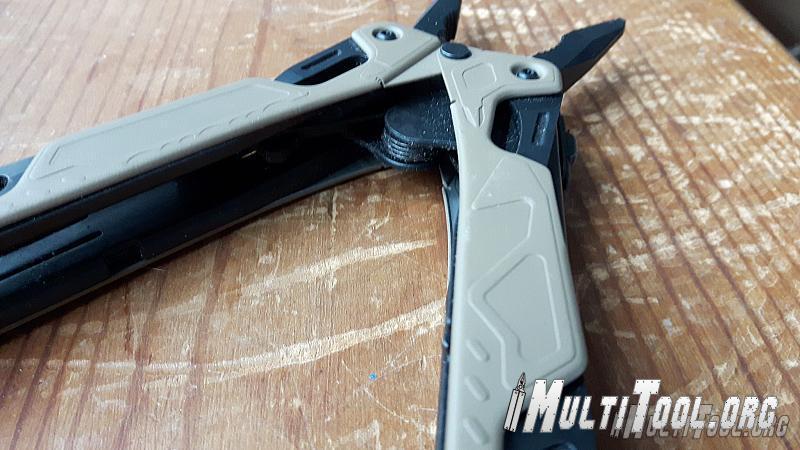 Given that both pliers are sprung, the Gerber takes another point from the Leatherman as the Leatherman's spring is exposed, and the potential for breakage, gumming up, corrosion etc is much greater than that of the recessed spring in the Center-Drive's plier head. 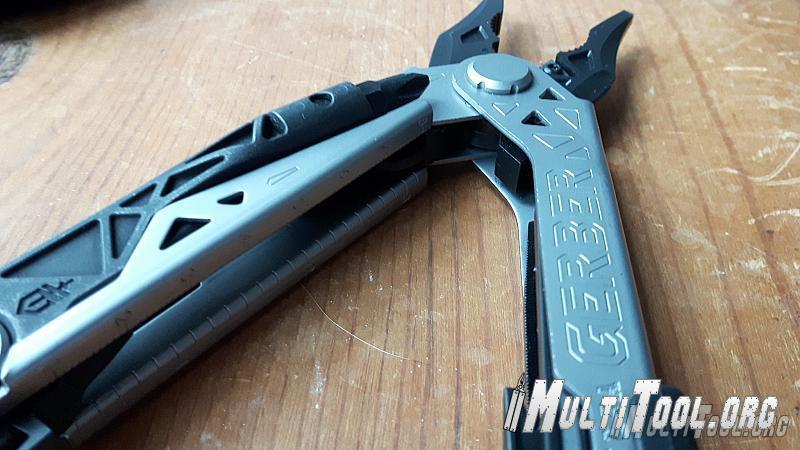 Both plier heads slide open with a flick of the wrist- or at least that is what both manufacturers claim. The mechanism and function of both is very similar, but they are not the same. 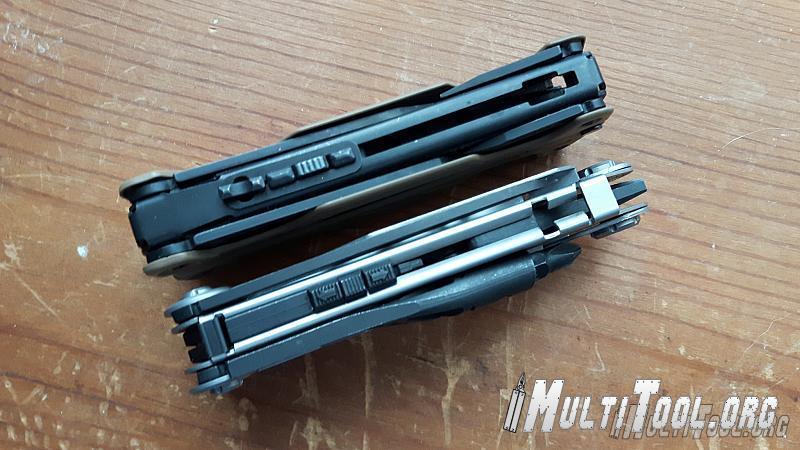 The OHT plier head has two release buttons, one on either side, while the Center-Drive only has one. This in and of itself does not really make one better or worse than the other, but the details will matter in a moment.

In the past, some of Gerber's sliding head plier designs have suffered from sliding open inadvertently, most notably the Octane, which was carried on a pocket clip, with the head pointed down. This is not an issue with either of these tools, however the OHT has a small lock to ensure that if it should loosen up over time it still won't slide out. This is a point in Leatherman's favor.

When actually attempting to flick the pliers out, I have personally averaged 2-3 flicks to get the OHT head out, versus only 1-2 flicks for the Center-Drive. One could say that there is perhaps some technique involved, but I have carried and used the OHT much more than I have the Center-Drive, so the advantage should go to the OHT. But, in actual practice, the results lean towards the larger, heavier head of the Gerber, and it gets this point.

It should come as little surprise that the Gerber version of the sliding head pliers function better than Leatherman's- after all, Gerber has been refining the design since the 1990's and they have produced many different versions of it in the MP600 series alone-blunt nose, needle nose, extended fishing pliers, molded cutters, replaceable cutters- they even did interchangeable head versions, although technically speaking those weren't retractable.

Given that Gerber had a huge advantage in this section, it is a major testament that Leatherman managed to score any points at all.

As always, feel free to discuss your thoughts on this, or any other topic in our forum.

More in this category: « Gerber Vs Leatherman OHT vs GCD Part 3! »
back to top
Interested in this or a different tool and still have more questions?
Why not join us over on the Multitool.org Forum where our community can help you find what you're looking for!