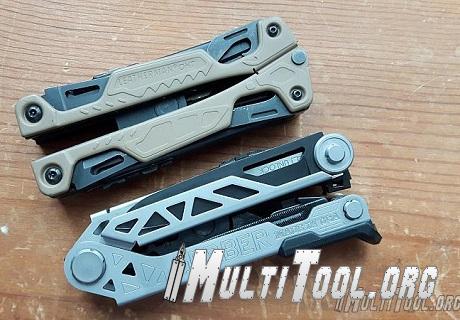 We all saw Gerber's marketing surrounding the release of the Center-Drive, and amongst the images of tattooed craftsmen re-imagining old world techniques and blending in modern technology, we saw the Center-Drive compared to both the Wave and the OHT. While Gerber's marketing may have been over the top, I don't think it was any worse than Leatherman showing soldiers carrying the OHT, despite the OHT never having been issues to troops anywhere, despite it having been designed specifically to try an usurp Gerber's hold on sliding head plier tool contracts with the military.

I guess what I am saying, is that when you cut out the marketer bullpoo and actually concentrate on the tools themselves, which one is better? Are they both hype, or are they both on the level? Or, one of each?

As it is well known that I really like the Center-Drive and really dislike the OHT, I am going to keep my opinions out of it, and just point out the facts and score objectively, so that each of you can decide what would work best for you.

PART 1- Tale of the Tape

Leatherman wins on size, weight and price, giving them three points to Gerber's zero. The size was not a major win for Leatherman, as in some cases it was less than half of a millimeter smaller, but it was overall smaller. The OHT was also lighter by 6.3g, which for those that aren't familiar with grams, is about 1/5oz, or the weight of a quarter. Still, a narrow victory is still a victory.

With regards to pricing, the Center-Drive in this test is the top of the range model, which includes the bit set and larger sheath. However, as the sheaths and bit sets will not be part of this testing at any level, the Center Drive could be reduced to the cheaper version, as the tool itself is identical. Even comparing the cheapest version of the Center-Drive to the top of the range OHT (which is also the case), the OHT still wins by a wide margin of roughly $29 in the difference.

Have any comments or insights to share?  This competition is also LIVE on our forum!