The Leatherman Kick is an interesting tool- a little smaller than the original PST, but at a fraction of the weight. The Kick is the smallest of a series of three tools from Leatherman, the other two being the Fuse and the Blast. 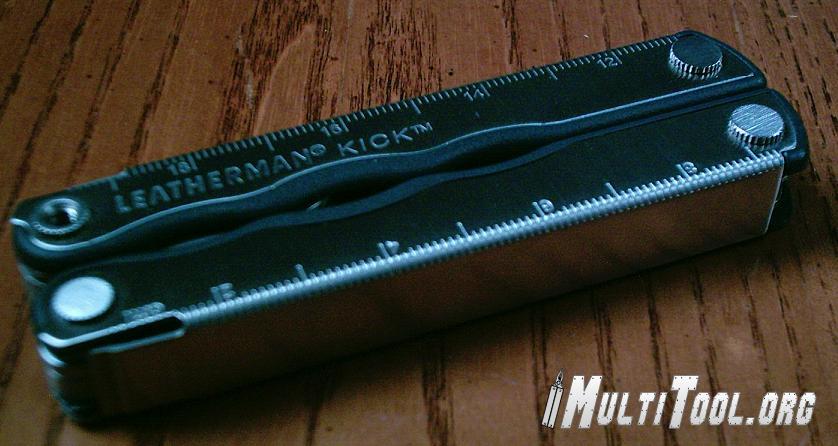 The Kick features plastic inlayed into the handle to make it much more comfortable to grip than the old PST and PST II models, which is a very welcome addition, as anyone who has owned or used a PST will attest to! The plier head has been redesigned to increase strength without increasing size or bulk, and seems to have worked nicely- they are a little odd to look at for those used to other tools, but this is a tool, not a fashion show, and they work. 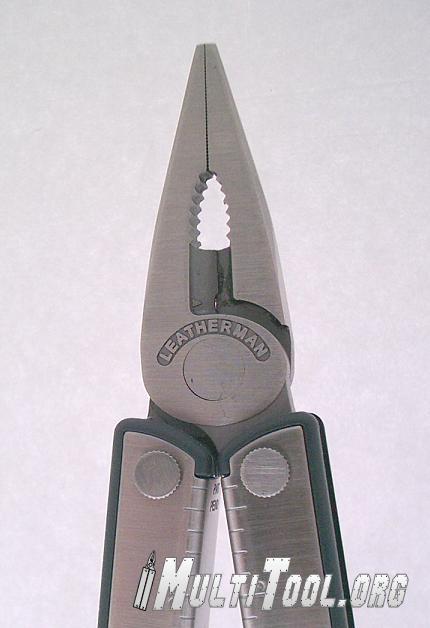 The Kick also features a phillips screwdriver, can/bottle opener, two flathead screwdrivers, and a clip- point blade. The tool selection may be minimal on this one, but remember, it is the smallest of a series of models. The upside is that the tools (especially the screwdrivers) seem to be a little better thought out than other multis- the shafts are somewhat longer, allowing a little more versatility than usual, and a better chance at hard to reach screws. It's a little thing, but it really does add up- to a lot when it's the only tool you have handy and the screw is buried inside of something. 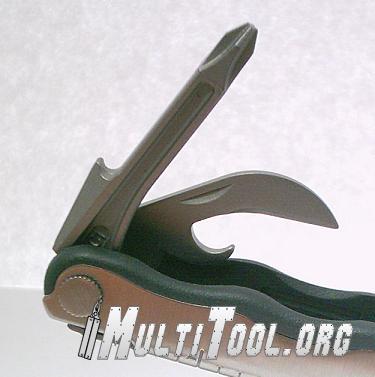 Overall, the Kick is a nice tool, but it does have it's drawbacks. Because of it's light weight, the Kick feels flimsy. As it is backed by Leatherman's 25 year guarantee, it is a very sturdy tool, but compared to many other tools both bigger and smaller, it doesn't seem to be quite as robust. It also might seem a little small to those with larger hands. 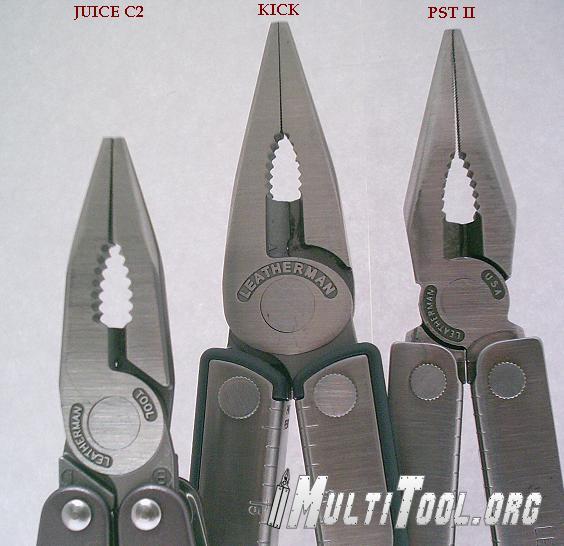 Most importantly, despite the lack of numerous tools on the Kick, it still suffers from Leatherman's infamous curse, tool clumping. How is it that a handle can have only three tools in it, and they all come out when you try to get only one? With each new generation of tools, this problem should be a more and more distant memory. 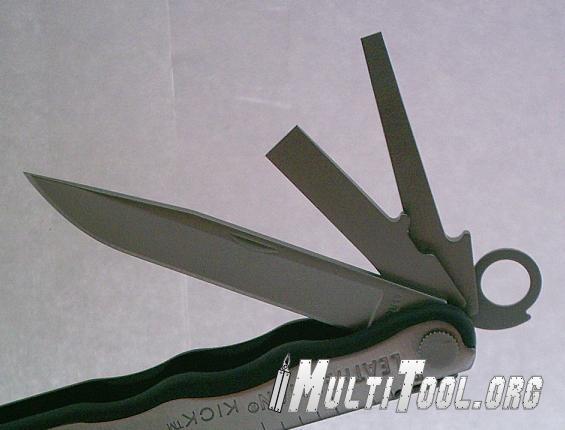 The Kick may lack alot of fancy tools, but as a lightweaight tool, is more likely to be carried

The sheath that came with mine was a fake leather sheath, probably offered to keep costs down for the entry level kick, but I really find it to be amazingly sub par. It is flimsy although with the almost non-existent weight of the Kick, is probably still more than adequate. Leatherman sheaths have always been a plus but this one falls very short of impressive.

The Kick sheath is probably it's biggest weak point 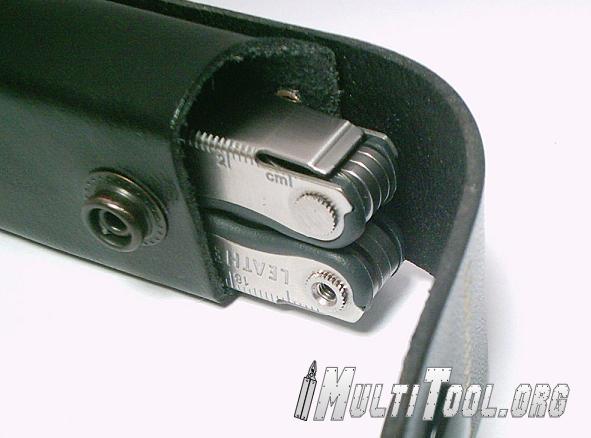 The Kick is a decent tool at a good price, but not an option for a heavy user or a bigger person. I would say it is better suited as a small tool for a lady's purse or as a child's first tool. It is a "cute" tool for those folks that occasionally need tools and like to be prepared, but don't suffer from hairy knuckles and chest pounding.

The Kick is a great tool for the light user

More in this category: « Leatherman Super Tool 200 Review Leatherman Juice C2 & S2 Review »
back to top
Interested in this or a different tool and still have more questions?
Why not join us over on the Multitool.org Forum where our community can help you find what you're looking for!