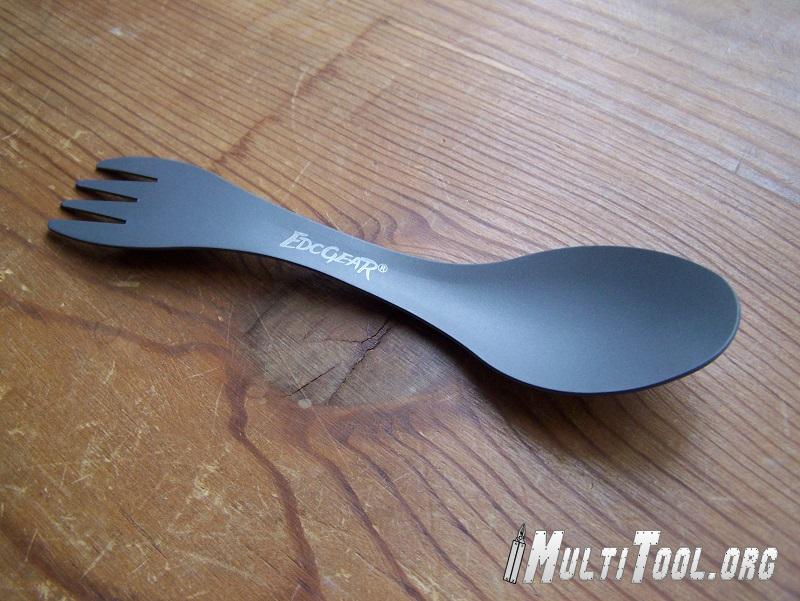 Another part of my cheap gear order has arrived, and this one is a titanium spork similar to the Light My Fire type sporks. This is the third item from this order, which also includes the Teeny Sling Bag of POWER and the cheapo zoom lens doohickey.

Naturally the first thing I did with this cheapo spork is test to see if it was magnetic. As you know, titanium is not usually considered to be an inexpensive metal, and so I thought I would check to see if the titanium was substituted with cheaper steel. While I still cannot verify that it is titanium, I can say that it had absolutely no attraction to the rare earth magnets I have, so that is at least a good sign.

It is also remarkably light in weight, although this might also have a lot to do with it’s flimsiness. And I mean flimsy. This spork bends when the slightest amount of pressure is applied to it, and I feel as if trying to poke the fork end into something even slightly resistive (hunk of steak perhaps?) would cause this thing to fail. It should be suitable enough for typical outdoor eating stuff, like the pastas and chilis found in Mountain House and similar meals. 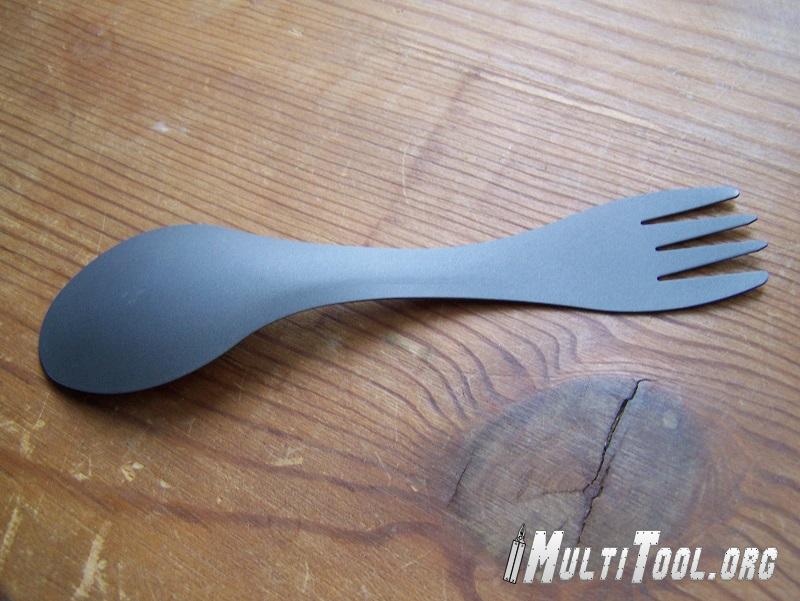 Getting my trusty calipers out I see that this unit is barely 1mm thick- it is hard to make any metal sturdy at 1mm thick, and a relatively soft metal like titanium doesn’t really stand much of a chance. 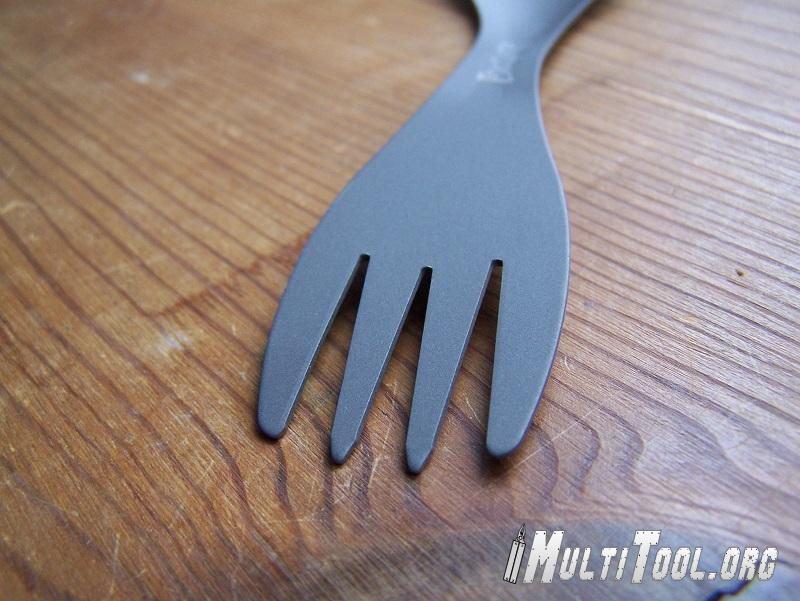 Unfortunately, this spork, while cheap, has cost me money, in that I immediately was curious how it compared to the real thing so I dropped everything and ran off to my local outdoor gear supply place and got one. These cheapo knockoffs are really starting to cost me some serious money when I have to by the real one too!

One thing that the real one did prove is that the fake probably is real titanium as they are almost identical sized and both weigh in at 19g or just over half an ounce, so that’s at least a point in the favor of the fake. 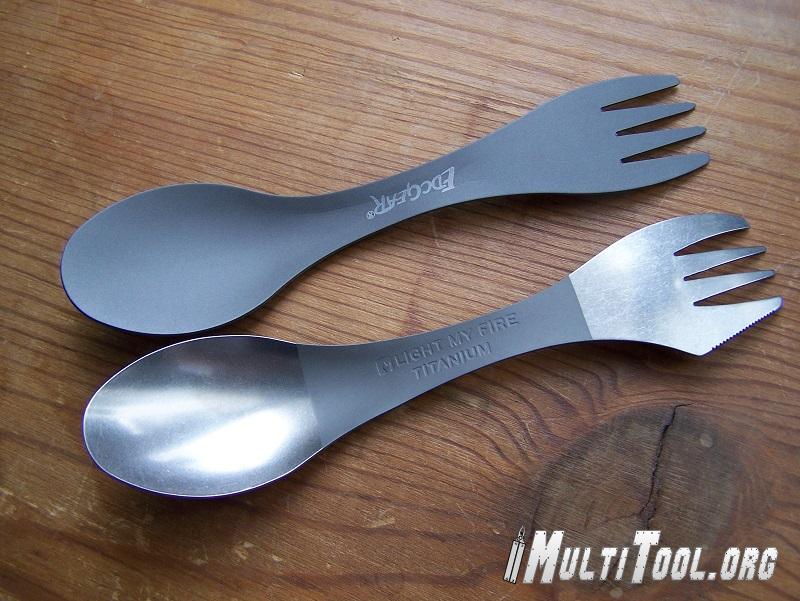 Further, the real one seems a lot more resistant to bending. It still flexes, but not like the knockoff does, despite being roughly the same thickness. Since I don’t think you can heat treat titanium, I am guessing that this is the result of a better grade of titanium. 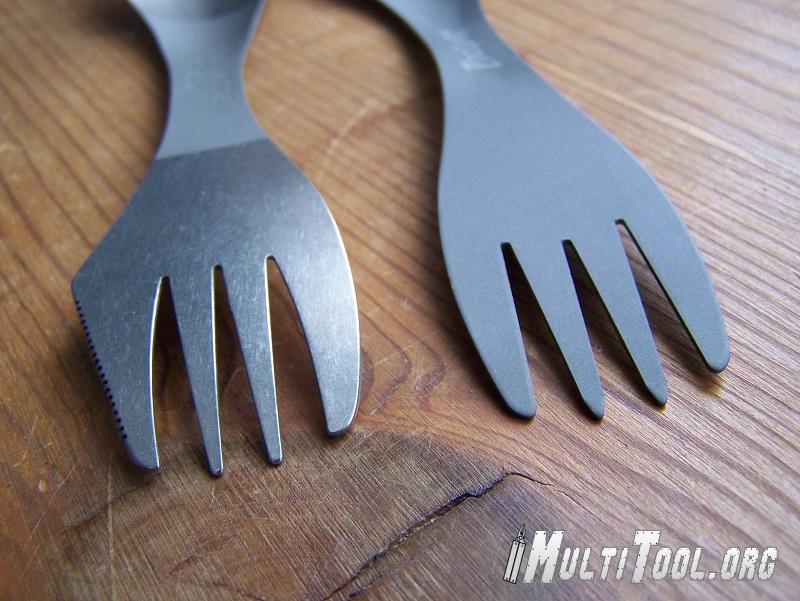 All in all, the real one cost about $25 and the fake one probably worked out to less than $5, and it seems like it might just do the same job, even if it does give up a few things, like the serrated knife blade on the side of the fork. If the price was a bit closer I could justify the real one, but I don’t think the real one is worth 5x the price. If I was just buying for myself I’d probably splurge on the full on one, but if you have a spouse, friend, kids or anyone else that often ventures out into the woods with you, I’d say grab five of the cheap ones instead. Just be prepared to sharpen the tines a bit.